About six months after announcing that Android 4.0 would be available “soon” for the Lenovo ThinkPad Tablet, Lenovo has finally released the anticipated software update for its first Android tablet aimed at business users.

The new software is available as an over-the-air update and it began rolling out to US tablet owners this week. 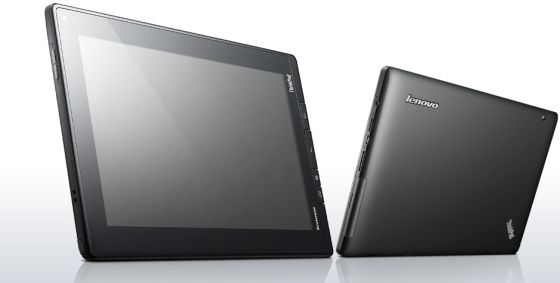 Among other things, Android 4.0 brings improved support for multitasking, resizable home screen widgets, the ability to remove items from the notification and recent apps menus by swiping, and new camera features.

The Lenovo ThinkPad Tablet features a 10.1 inch, 1280 x 800 pixel IPS display, a 1 GHz NVIDIA Tegra 2 dual core processor, 1GB of RAM, and up to 64GB of storage. It originally shipped with Android 3.1 Honeycomb.

Two of the key features that help set the ThinkPad Tablet apart from other Android tablets are the built-in active digitizer which lets you use a stylus to write or draw on the screen (you can also use your fingers to navigate much as you would on any other Android tablet), and an optional folio-style case with a built-in keyboard.

Lenovo sells the ThinkPad Tablet for $429 and up.

The bad news is that the software is about to become outdated again. Google is expected to introduce Android 4.1 Jelly Bean at the Google I/O developer conference this week.