When Lenovo launched three new Intel-powered Chromebooks recently, the company didn’t mention that there would be a fourth model powered by an AMD processor.

But it looks like the company went ahead and released one anyway, because a new Lenovo Chromebook S345-14 with an AMD A6-9220 processor and a 14 inch touchscreen display, 4GB of RAM, and 32GB of storage is available for purchase from Best Buy for $329. 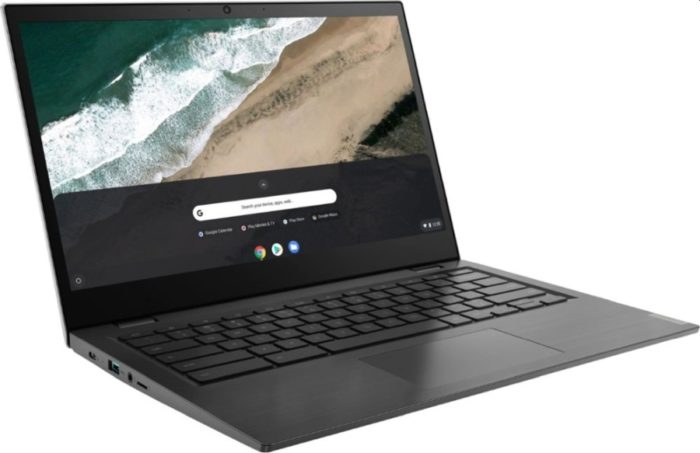 That’s not a bad price for a laptop with an aluminum body, a full HD touchscreen display, and a 180-degree hinge… although AMD’s A6-9220 processor with Radeon R5 graphics isn’t exactly a speed demon.

As noted by About Chromebooks, it looks like Lenovo may also offer cheaper models with an AMD A4-9120 processor and Radeon R4 graphics.

Weighing about 3.3 pounds and measuring about 0.7 inches thick, the Chromebook S345-14 seems to be about the same size as a Lenovo Chromebook S340-14 with an Intel Celeron N4000 processor, but the AMD model is about 0.3 pounds heavier.