Basically it puts the guts of a high-end 2017 smartphone into the body of a VR headset so that you don’t have to worry about inserting, removing, or adjusting the position of your phone. 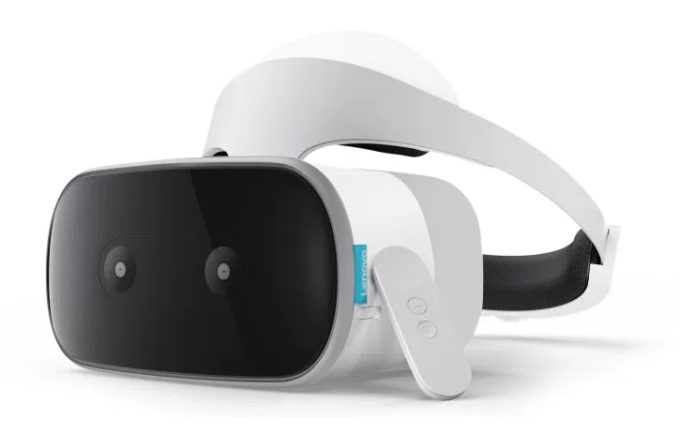 Of course, this wouldn’t be all that compelling if it didn’t offer some features you couldn’t get just by throwing your phone into a cheaper headset like Google’s Daydream View. That solution would certainly save you a few hundred dollars.

But the Lenovo Mirage Solo has a 4,000 mAh battery that provides up to 7 hours of battery life without running down your phone’s battery. And perhaps more importantly, it supports inside-out position tracking with 6 degrees of freedom, which means you won’t need to rely on motion controllers to actually walk, run, swim or fly in virtual reality games and experiences.

It’s compatible with existing Daydream-compatible VR content, but hopefully we’ll see new apps and games that take advantage of that position tracking in the future.

Other features include 802.11ac WiFi, Bluetooth 5.0, a handheld motion controller, and a 3.5mm audio jack.

The company has also introduced the Mirage Camera with Daydream, which is designed to let you shoot 3D and in Google’s new VR180 (180-degree photos and videos) format thanks to dual 180-degree fish eye cameras.

Lenovo hasn’t announced the price for the Mirage Camera yet. 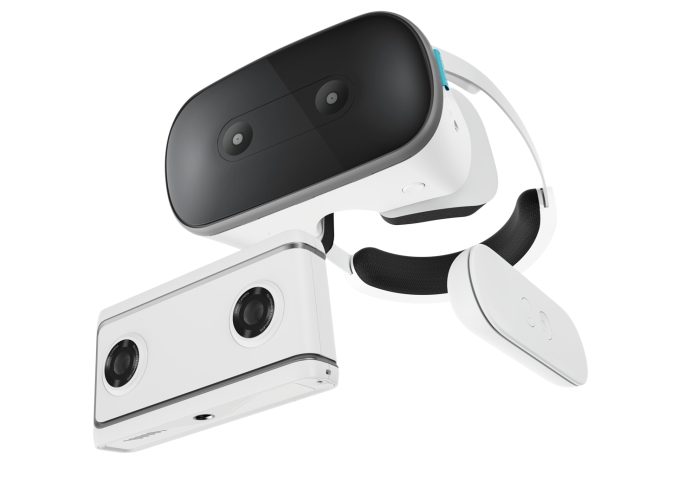