As expected, it looks like Lenovo is getting ready to launch an update to its Miix 700 tablet. The new model has a higher-resolution display, comes with a keyboard cover featuring backlit keys, and has a USB Type-C port, among other changes. It also swaps out a Core M Skylake chip for up to a Core i7 Kaby lake processor.

The Lenovo Miix 720 hasn’t officially been unveiled yet, so there’s no word from Lenovo on how much it will cost or when it will go on sale, but German site WinFuture seems to have uncovered leaked details covering just about everything else you might want to know about the new tablet. 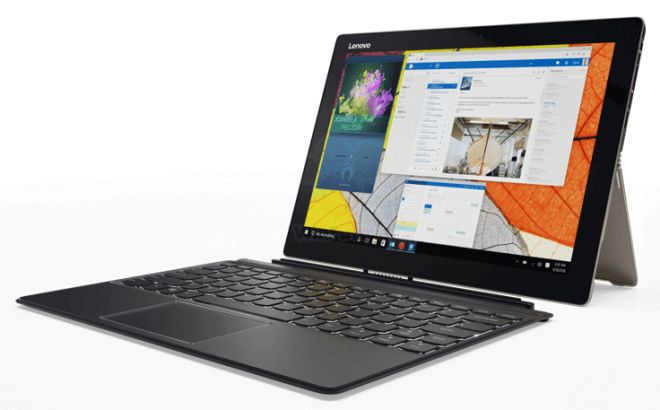 According to WinFuture, the Miix 720 will be available with Core i3-7100U, Core i5-7200U or Core i7-7500U processors, which means that this year’s model should be much more powerful than last year’s… but also probably more expensive.

The USB C port is also used for charging the tablet’s 41Wh battery.

Lenovo uses the same “watchband” style hinge for the kickstand in the back of the tablet that the company’s been using for its latest Yoga and Miix devices.