Lenovo’s Miix line of tablets are 2-in-1 devices with detachable keyboards. Last year a series of leaks suggested that the follow-up to the 12 inch Miix 700 would be a new model called the Miix 720.

And the leaks were accurate. Lenovo has just unveiled a new 12 inch 2-in-1 tablet with an Intel Kaby Lake processor, a high-resolution 2880 x 1920 pixel display, and support for a Lenovo Active Pen 2. 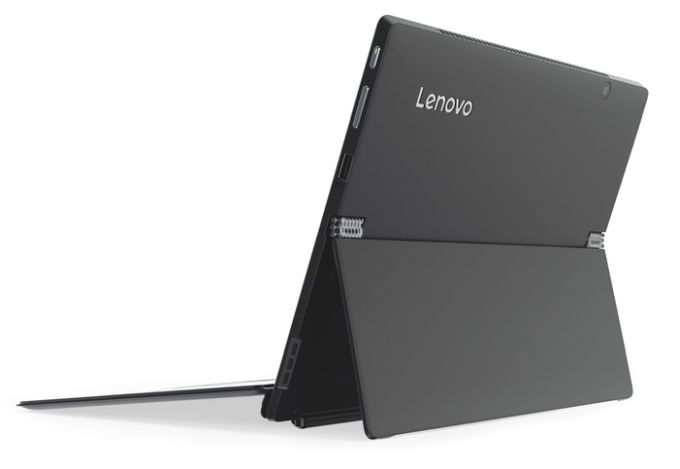 The Active Pen 2, by the way, is sold separately for $60, and it’ll be available starting in February.

The new pen supports 4,096 levels of pressure sensitivity, support for Windows Ink, and features a shortcut button for performing some actions without touching the computer.

As for the tablet, it weighs 1.7 pounds, measures about 0.35 inches thick, has a built-in kickstand, and comes with a keyboard cover featuring backlit keys. When used with the keyboard, the tablet is about 2.4 pounds and 0.6 inches thick.

Lenovo will offer models with up to an Intel Core i7 Kaby Lake processor, up to 16GB of DDR4 RAM, and up to 1TB of PCIe solid state storage. While Lenovo doesn’t specify if that Core i7 chip is a 4.5 watt Y series chip or a 15 watt U processor, the fact that the tablet has Intel HD 620 graphics suggests the latter.

Each tablet has a USB 3.1 TYpe-C port, a USB 3.0 port, a USB 2.0 port, a headset jack, a microSD card slot, and a 41 Wh battery that Lenovo says is good for up to 8 hours of run time. There’s a 5MP rear camera with auto-focus, a 1MP front camera with IR for Windows Hello facial recognition.