Lenovo’s first Windows 10 computer with an ARM-based processor could hit the streets any day now. First unveiled at the Consumer Electronics Show in January, the Lenovo Miix 630 is a 12.3 inch tablet with a detachable keyboard that lets you use the computer in notebook or tablet modes.

It’s powered by a Qualcomm Snapdragon 835 processor and ships with Windows 10 S software, but you can switch to Windows 10 Pro free of charge within 180 days of activation.

Lenovo hasn’t announced the release date yet, but the tablet showed up at the FCC website this week, suggesting that the wait may almost be over.

It has a USB Type-C port for charging and data, a microSD card reader, a headset jack, stereo speakers, a 13MP rear camera, a 5MP front camera and an infrared camera with Windows Hello facial recognition support.

The Lenovo Miix 630 also supports 802.11ac WiFi, Bluetooth 4.1, and 4G LTE Cat 11 wireless networks, and this an “always-connected” PC that’s able to stay online and receive updates and notifications wherever you are, even if the screen is turned off. 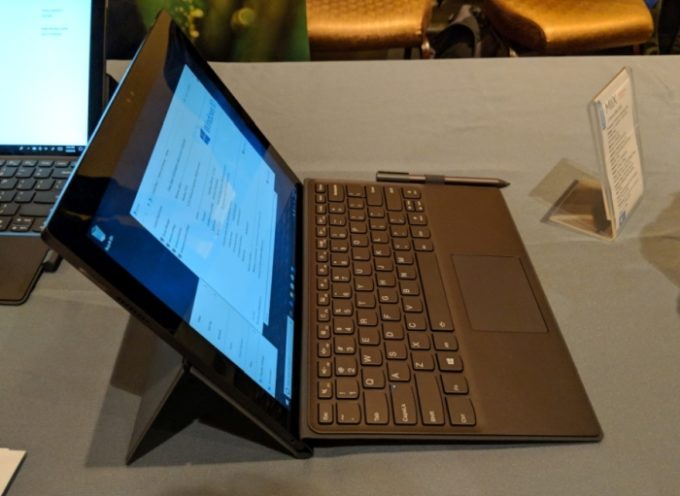 Lenovo says the tablet should get up to 21 hours of battery life although real-world run time will likely be shorter. And those are the two key selling points for Windows on ARM: long battery life and always-connected features.

Unfortunately early reviews of other Windows on ARM devices haven’t been all that positive. The Asus NovaGo and HP Envy x2 are said to be sluggish, particularly when running x86 apps that require emulation. They also don’t support 64-bit x86 apps, which means some software simply won’t run on Windows 10 on ARM at all.

It’s unlikely that Lenovo’s new 2-in-1 tablet will offer substantially better performance than those devices: it has the same processor and the same software, after all. And unless Lenovo has changed its strategy since January, the Miix 630 is also going to be one of the more expensive Windows on ARM devices: it’s expected to sell for about $800 when it goes on sale.