Lenovo recently unveiled its 3rd-generation Miix tablet with an 8 inch display. Now it looks like a new 10 inch model is on the way as well.

Neither model has been officially launched in the US or Europe yet, but the Lenovo Miix 3-1030 is starting to show up on Chinese websites. 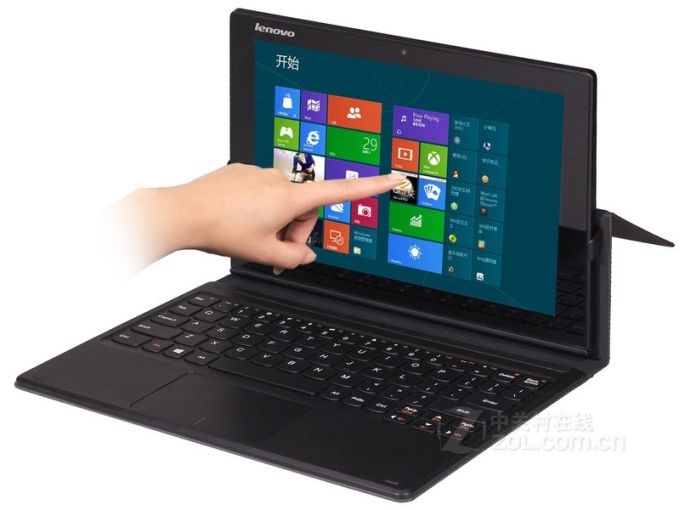 While it has a slightly less powerful processor than the Miix 2 10 which launched earlier this year, it’ll also likely have a lower starting price. It also has a slightly higher-resolution display: the Miix 2 had a 1920 x 1080 pixel screen.

Lenovo also seems to have redesigned the keyboard case which lets you use this 10 inch tablet like a notebook. Instead of resting the tablet in a slot in the keyboard, there’s a case that can cover both sides of the tablet. You can open the case up and fold down a kickstand to use the tablet in notebook mode without removing it from the case. The kickstand also lets you adjust the angle of the display. The Miix 2 keyboard dock had a fixed position.