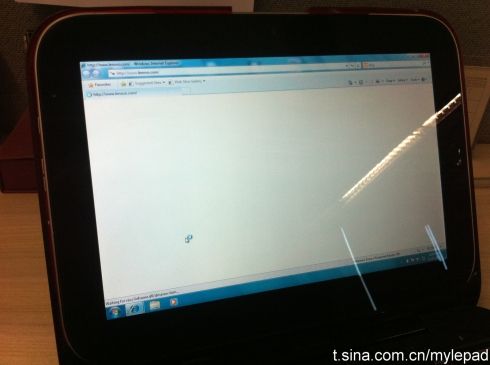 Lenovo is expected to launch its upcoming LePad tablet first in China, and then possibly in other parts of the globe. But there’s a chance that the company might at least show off the LePad at the CES trade show in Las Vegas next month… especially since the company appears to have at least one prototype floating around. According to Cloned in China, Lenovo has started an official microblog in China, which features a few of the first images of the upcoming tablet.

At first glance, the pictures appear to show a small notebook-style computer. But if you look more closely, you can see that the display is detachable, allowing you to use the computer in tablet mode.

In fact, the LePad in the pictures looks an awful lot like the Lenovo IdeaPad U1 Hybrid that the company showed off nearly a year ago.

Update: Engadget has some more details and hands-on photos. It looks like Lenovo is keeping the IdeaPad U1 Hybrid alive, as well as offering the LePad slate as a standalone device.

The slate features a 10.1 inch capacitive touchscreen display and currently runs Google Android 2.2. The LePad has a mini HDMI port and a mini USB port, and front and rear-facing cameras. Lenovo isn’t talking about the processor yet, but Engadget reports it felt pretty snappy.

Engadget reports that the U1 Hybrid dock has also shrunk to match the 10.1 inch slate. Earlier versions of the U1 Hybrid were designed for an 11.6 inch tablet/screen. The docking station has an HDMI port, but again Lenovo isn’t really talking about the processor or other specs yet.

These products are due out in China within the next month or two. 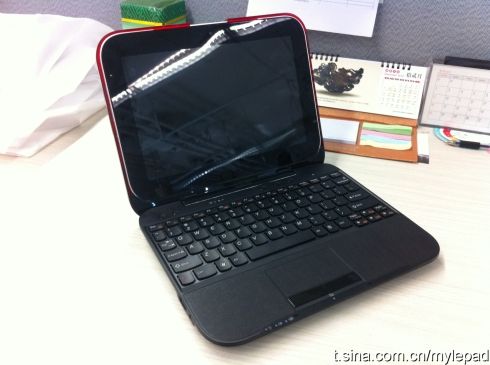