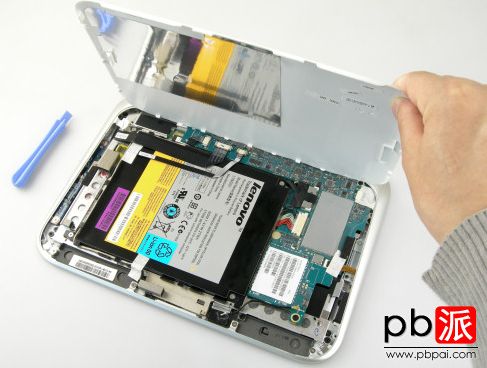 The Lenovo LePad Android tablet isn’t due out in the US until later this year, but it’s already available in China. The tablet features a 10.1 inch, 1280 x 800 pixel display, a 1.3 GHz Qualcomm Snapdragon processor and runs Google Android 2.2. And now thanks to the folks at Chinese site IMP3, we know what the tablet looks like when you dissect it.

The tablet apparently has a Toshiba flash storage card and Wolfson audio processor. As is par for the course in Android tablets, the 27Whr battery also appearst o be about half the size of the case.

Honestly, once you’ve seen one Android tablet with its top taken off, you pretty much know what to expect. In this case, that’s a battery that wasn’t meant to be user replaceable, and storage, memory, and other components soldered to the motherboard. These guys aren’t meant to be user upgradeable.

3 replies on “Lenovo LePad goes under the knife, comes out in pieces”