The Lenovo LaVie Z 360 is thin and light laptop that measures about two thirds of an inch thick and weighs just over 2 pounds. It also has a 360 degree hinge which lets you push the screen back all the way. This lets you use the Windows computer as a notebook or a tablet.

But as Consumer Reports discovered, unlike the Lenovo Yoga line of Windows convertibles, the LaVie Z 360 doesn’t work quite as well if you try to use it in “tent” or “stand” modes. 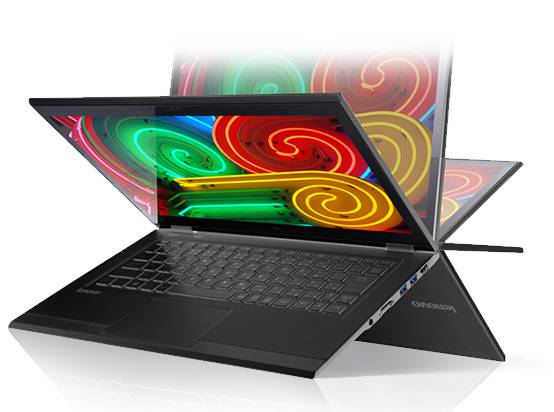 That’s because if you prop it up like a tent the screen won’t auto-rotate, and if you flip the screen so that the keyboard becomes a sort of kickstand, the keyboard doesn’t automatically shut off… which could lead to inaccurate key presses.

Lenovo sent a letter to Consumer Reports (and is apparently offering the letter to other potential customers), apologizing for the issue and offering a 5 percent refund on the cost of the computer.

The company has also updated its website to reflect the fact that the LaVie Z 360 is a 2-in-1 computer, not a 4-mode device. But if you’ve already ordered one based on the information that had previously been on the product page, you may have a small refund headed your way… and/or a decision to make about whether to return the system.

Windows Central checked in with Lenovo and received confirmation that the apology letter and refund offer are only being sent to customers who ordered the LaVie Z 360 when the inaccurate information was on Lenovo’s website.

Honestly, I’ve tested a few 360-degree convertibles over the years and I’ve rarely found myself using tent or stand modes. But it’d be nice if Lenovo had been clear about the capabilities of this computer when it was first introduced.

Don’t plan to use the tablet feature of the LaVie Z 360? There’s also a laptop-only Lenovo LaVie Z model that lacks the 360 degree hinge and touchscreen. It cost about $200 less than the convertible.