It’s been years since a major PC maker has released a Windows laptop with a screen smaller than 10 inches, leaving that space largely to smaller Chinese companies like GPD and One Netbook.

But now Lenovo is getting into the handheld computer game with the introduction of the LAVIE MINI.

It’s a convertible notebook with an 8 inch touchscreen display, an Intel Tiger Lake processor, and support for optional accessories including detachable game controllers and a desktop docking station. 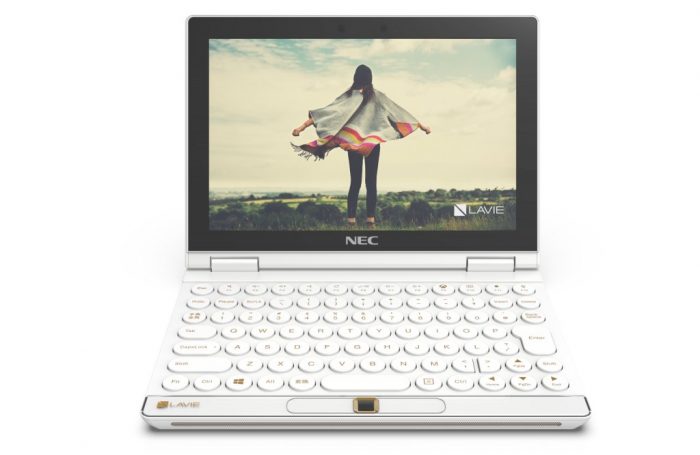 The LAVIE MINI measures 7.87″ x 5.79″ x 0.67″ inches thick and weighs just 1.28 pounds and Lenovo describes it as a pocket-sized computer, which would put it in the same category as devices like One Netbook’s One Mix Yoga or GPD’s Win 3 or Pocket computers. 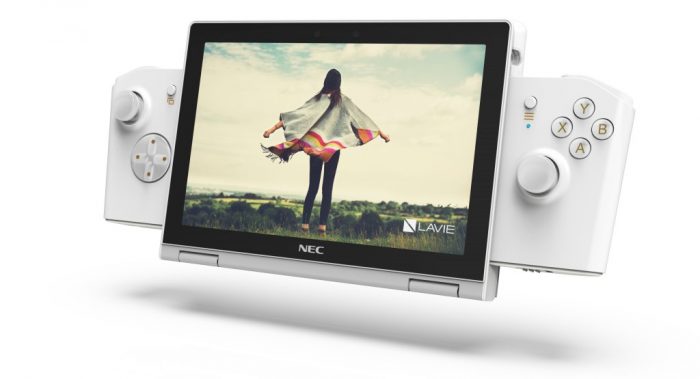 Optional accessories include a game controller that attaches to the side of the LAVIE MINI like Nintendo Switch Joy-cons (or the detachable controllers for the One Netbook OneGX1 series), and a gaming/charging dock with an HDMI port, two USB-C ports, and two USB-A ports, allowing you to use the mini laptop as if it were a desktop PC or a game console. 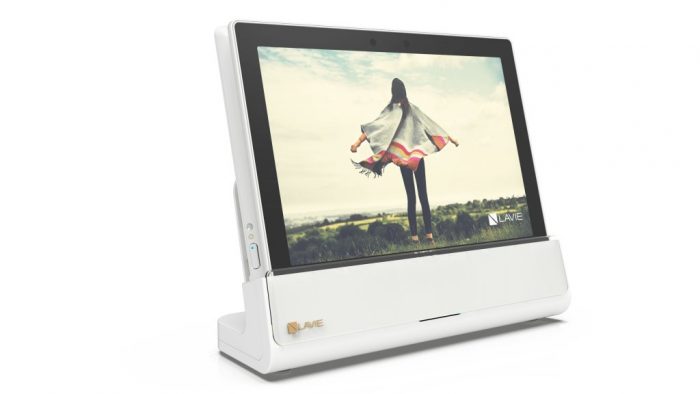 Lenovo notes that the optional game controllers have the same layout as an Xbox controller. But if you’d prefer to use third-party controllers, the LAVIE MINI is a full-fledged Windows computer so it should work with most game controllers or other PC peripherals.

Designed in partnership with Japanese electronics company NEC, the LAVIE MINI reminds me a bit of the Alienware UFO concept that Dell showcased during the 2020 Consumer Electronics Show. But Lenovo is describing its tiny computer as a real device and not just a concept.

That said, the company hasn’t announced a release date or price yet, so there’s still a chance this thing will never come to market. But NEC is showing off working prototypes in Japan, where the folks at Engadget Japanese got a chance to see what the little computer looks like from all angles:

You can find more pictures at Engadget Japanese. Or check out the official promo video and a few more renders below.