Lenovo launched the ThinkPad Stack line of modular computer peripherals at CES 2015. Now a year later the company is adding two new products to the stack.

Like other Stack products, they’re designed to work either as standalone PC accessories or to be stacked on top of other modules, such as a 10,000 mAh battery, Bluetooth speaker, or wireless access point. 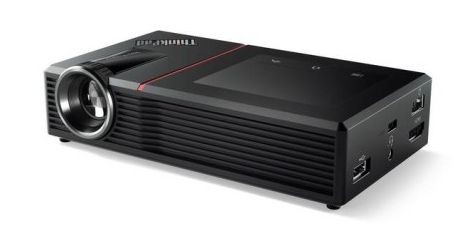 The new Mobile Projector is a 150 lumen projector with a native resolution of 720p. It includes wireless Miracast capabilities, so you can connect you PC, phone, or tablet to the projector without wires to beam presentations, videos, or other content to a blank wall or screen.

Lenovo says the projector will be available in April for $399. It’s not the cheapest pico projector around, but it is the only one that’s designed to work with Lenovo’s other modular accessories.

Lenovo’s new ThinkPad Stack Charging Station is a much more affordable add-on. It’s expected to launch in April for $50.