Microsoft’s $999 Surface Laptop isn’t the only computer that ships with Windows 10 S anymore.

Lenovo is now offering the N23 convertible laptop with an 11.6 inch touchscreen display and Windows 10 S for $279 and up. And the Lenovo N24 convertible with Windows 10 S is now available for $309 and up.

Microsoft says those notebooks will be joined by models from Asus, Dell, HP, and Fujitsu soon.

Windows 10 S is basically a stripped-down version of Windows 10 Pro that’s aimed at the education market, where Chromebooks have made big strides in recent years due to their ease-of-use, security, and group management features.

Notebooks running Windows 10 S can only run apps downloaded from the Windows Store; users cannot change the default browser or search engine, and some types of apps won’t work on the operating system.

While those features will most likely appeal to folks that want to use Windows 10 S in school or business environments, anyone can buy the Surface Laptop, Lenovo N23 or Lenovo N24, or any of the other upcoming Windows 10 S computers, which are expected to be priced between $229 and $999. 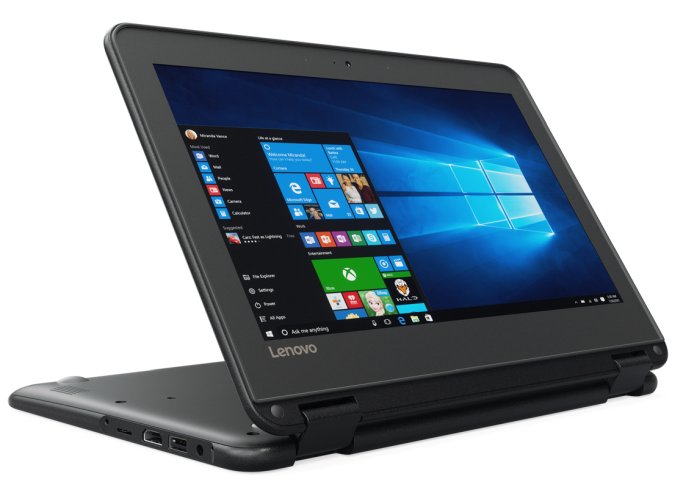 As for those first Lenovo laptops to ship with Windows 10 S, the N23’s specs include:

The Lenovo N24 has mostly similar specs, but it comes with a pressure-sensitive Lenovo Active Pen for writing or drawing, and this model is available with more powerful Intel Celeron N3450 or N4200 processor options.