Android has a hard time staying put. Originally developed for smartphones, the software now powers tablets, TV boxes, watches, and even desktop PCs. In fact, Lenovo’s got two new all-in-one desktops running the software, although the company only really calls one a desktop.

The other is a high-resolution display that apparently just happens to run Android apps when you aren’t using it to display content from a PC or other device. 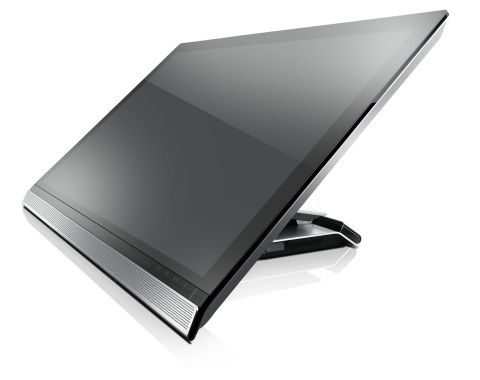 The ThinkVision Pro2840m is a monitor with a 28 inch, 3840 x 2160 pixel display and a starting price of $799. It’s expected to launch in April. But Lenovo also plans to launch a second model which has the same display, but also the guts of an Android system.

That model’s called the ThinkVision 28 Smart Display, and it’s due out in July for about $1199.

It features an NVIDIA Tegra processor, a touch panel, and Android 4.3 software. The system has 2GB of RAM and 32GB of storage and sports 5W stereo speakers, a mic and 2MP webcam, 3 HDMI and 3 USB ports, Ethernet, WiFi, NFC, and support for Miracast wireless display technology.

The Lenovo N308 is a more straightforward all-in-one desktop with a 19.5 inch display, an NVIDIA Tegra 4 processor, Android 4.2 software, WiFi, Bluetooth, USB ports, an SD card reader, and a kickstand that lets you adjust the angle from 15 to 65 degrees or lay the system flat on a desk or table.

It also has a built-in battery for up to 3 hours of run time when unplugged. 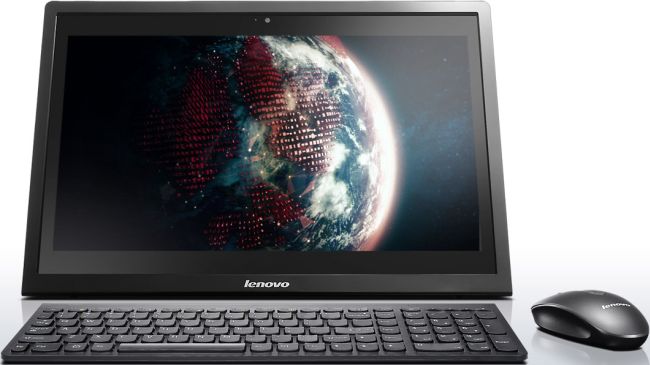 It has a 1MP webcam and 2W stereo speakers, and like smaller Andorid tablets there are sensors including an ambient light sensor and gravity sensor to adjust automatic screen brightness and screen orientation. Lenovo offers up to 500GB of hard drive storage and offers an optional keyboard and mouse.

There’s a bit of a down-side though. The system has a rather unimpressive screen resolution of 1600 x 900 pixels, and it only supports 2-point infrared multitouch input.

The Lenovo N308 is expected to sell for $450 and will be available in black or white.