Pretty soon it’s not going to be newsworthy when smartphone makers cram 4GB of RAM into their handsets. But right now it’s enough of a novelty to note that Lenovo’s getting in on the action.

The Lenovo K80 smartphone has a 5.5 inch display, a 4,000 mAh battery, and 4GB of memory. It’s powered by an Intel Atom processor and it should be available in China soon for less than $300. 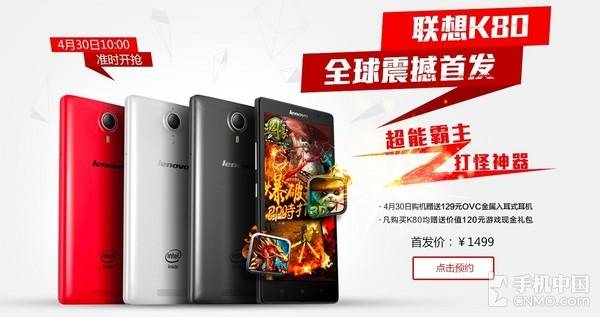 In other words, Lenovo’s new phone is a lot like the Asus Zenfone 2, except the Lenovo model has a bigger battery than the 3,000 mAh unit that comes with the Asus phone.

On the other hand, Asus plans to sell the Zenfone 2 worldwide, while the Lenovo K80 is only available in China for now.

Chinese startup Elephone is also introducing a line of phones with 4GB of RAM. Like I said, this sort of thing won’t be news for much longer.

The company will also offer a cheaper model with 2GB of RAM and 32GB of storage for about $240.