The Lenovo Yoga Slim 7i Carbon is a 2.2 pound notebook with a 13.3 inch QHD display and support for up to an 11th-gen Intel Core i7 Tiger Lake processor and Intel Iris Xe graphics.

The laptop has a white body that’s made from a combination of magnesium alloy and carbon fiber. Last week a leaked promotional video for the Yoga Slim 7i Carbon gave us some details about the notebook. Now Lenovo has made things official.

At the moment the company has no plans to bring this particular notebook to North America, but the Lenovo Yoga Slim 7i Carbon should be available in Australia, Indonesia, Japan, Malaysia, New Zealand, Thailand, and Vietnam starting this month. 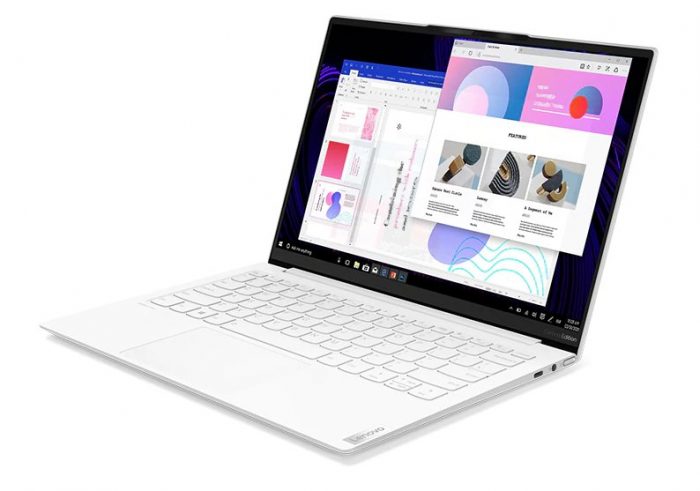 As expected, the laptop’s most distinctive characteristics are design-related. The company says it’s using its “lightest carbon-fiber material yet, with 25% higher rigidity” for less screen flex, while the palm rest and bottom cover is made from magnesium alloy. The notebook is coated in a “moon white” colored paint, and features an anti-fingerprint finish.

Lenovo says the notebook also features a dust-resistant design and ability to survive falls from about 2.5 feet… which doesn’t really seem all that impressive, since I suspect laptops are much more likely to fall from greater heights than that. But it’s better than having no drop resistance at all, I suppose. 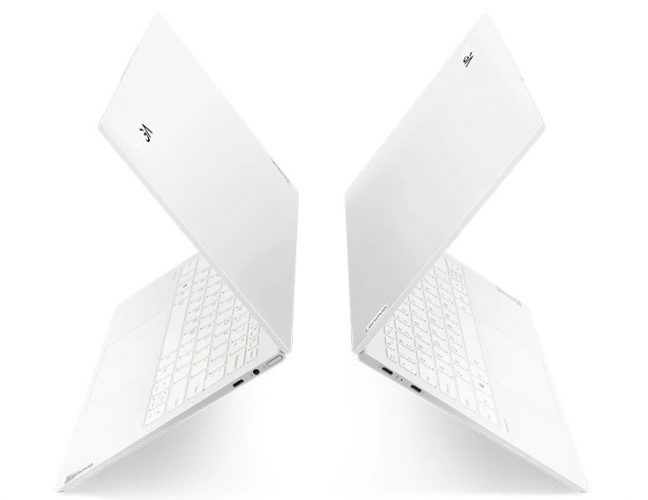 Despite my earlier assumption that this would be a convertible laptop, it appears that the Yoga Slim 7i Carbon is one of Lenovo’s Yoga-branded devices that’s not super-flexible. It appears to have a hinge that allows the display to fold back at a 180-degree angle, but it doesn’t have a 360-degree hinge.

Lenovo says the notebook measures 0.5 inches thick at its thinnest point and 0.58 inches at its thickest. So there’s not a lot of room for full-size legacy ports, and the only one the laptop has is a 3.5mm audio jack. The other three ports are USB Type-C ports (two of which are Thunderbolt 4). You can use those ports to charge the laptop, connect an external display, or use other peripherals.

Other features include support for up to 16GB of LPDDR4X dual-channel memory, up to 1TB of M.2 PCIe solid state storage, a 50Wh battery, a 65W power adapter, stereo Harman Kardon speakers with Dolby Atmos audio, WiFi 6, and Bluetooth 4.0.