Lenovo’s next flagship smartphone, and a matching tablet are on the way. The Lenovo Vibe X is the company’s follow-up to last years K900 smartphone, while the Lenovo S5000 is a tablet with matching design (but less impressive specs).

They’re both expected to launch by the end of 2013. 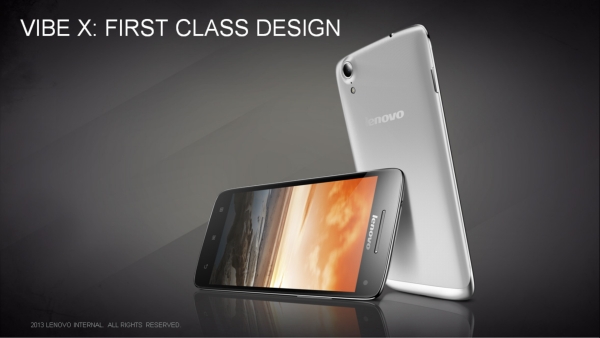 The phone weighs 4.3 ounces and measures 0.27 inches thick and has a 13MP rear camera, a 5MP front-facing camera, 2G and 3G radios, as well as FM radio support, and the handset runs Android 4.2 Jelly Bean.

It’ll launch in China this October, and Lenovo plans to make it available outside of its home country in December, in markets where Lenovo phones are already sold. 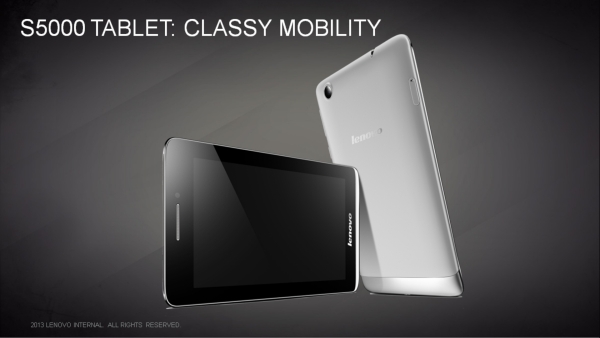 The Android 4.2 tablet has a 5MP rear camera with auto-focus, and a 1.6MP fixed-focus front camera.

It should get up to 8 hours of battery life, measures 0.31 inches thick, and weighs 8.7 ounces.

A few years ago those specs would have been pretty great, but these days the fact that you can get a phone with more RAM and a higher resolution display means this tablet is probably going to be positioned as a low-end or mid-range tablet.