Both models should be available this month, with prices starting at $659 for an entry-level Lenovo ThinkPad L390 and $889 for the ThinkPad L390 Yoga. 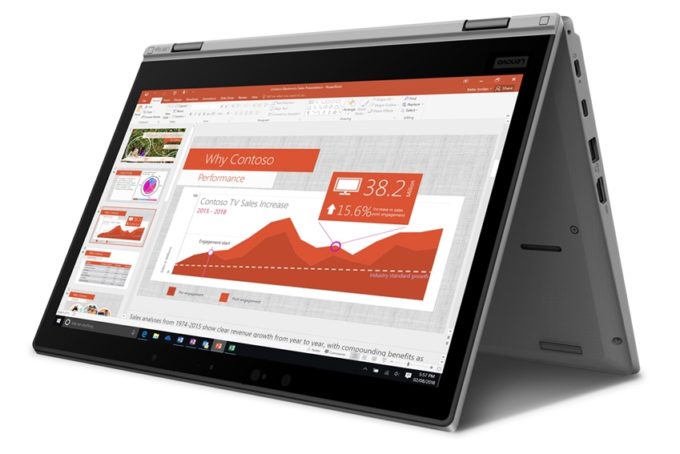 The new laptops support up to 32GB of DDR4 memory, up to 512GB of PCIe solid state storage, and both versions have two USB Type-C ports, two USB 3.1 Type-A ports, HDMI 1.4 and mini Ethernet jacks, and a microSD card reader.

Both also features 45 Wh batteries (although Lenovo estimates you’ll get up to two hours longer battery life with the non-convertible model), and both laptops come in black or silver color options.

The convertible model does have a few special features beside the 360-degree hinge. It comes with a Lenovo Active Pen that fits into a “garage” slot in the computer when it’s not in use. The ThinkPad L390 Yoga also has an IR camera for Windows Hello-compatible face recognition. Both laptop models feature fingerprint sensors.

While the ThinkPad L390 Yoga weighs a little more than the non-convertible model, both laptops have the same physical dimensions: 12.7″ x 8.8″ x 0.7″.

via Tom’s Hardware and SlashGear