Lenovo’s smallest desktop computers no comes with a choice of Intel or AMD Ryzen processors. The Lenovo ThinkCentre M75n is a 7″ x 3.5″ x 0.9″ PC with support for up to an AMD Ryzen 5 Pro 3500U processor.

The new system joins last year’s ThinkCentre M90n, which has a similar design, but which features an Intel Core i7-8665U processor under the hood.

Lenovo’s starting prices is the same for both models: $539. 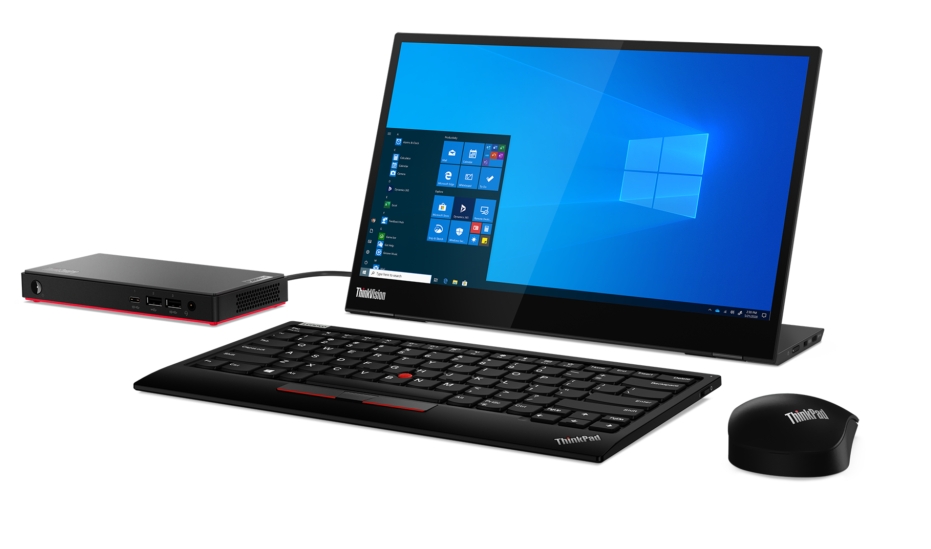 The AMD version comes with either a Ryzen 3 Pro 3300U or Ryzen 5 Pro 3500U processor, support for up to 8GB of RAM, and two M.2 PCIe slots for solid state storage.

Specs are similar for the Intel version, except that model is available with up to 16GB of RAM.

Lenovo has also unveiled a new ThinkCentre M75n IoT Nano Desktop computer with a fanless design and an AMD Athlon Silver 3050e processor, support for up to 4GB of RAM, and a 7.1″ x 3.5″ x 1.4″ chassis with fins on top of the case for passive cooling.

This model is meant for retail, healthcare, warehouse, and other commercial and enterprise applications and has two serial ports on the front, along with most of the other ports found on the more mainstream models. Lenovo says the ThinkCentre 75n IoT has a starting price of $329.