Lenovo unveiled two new Android tablets today, including a 7 inch model with a single core processor and a 9 inch tablet with a quad-core NVIDIA Tegra CPU.

We’ve kind of seen both of these devices before. Best Buy started selling the IdeaTab A2109 9 inch tablet a few days ago, and the IdeaTab A2107 tablet with a 7 inch screen showed up at the FCC earlier this month.

But now Lenovo is acknowledging their existence and spilling the beans on the specifications. 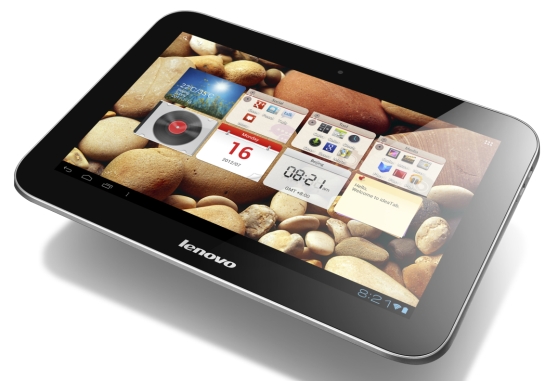 Both tablets run Google Android 4.0 software and feature micro USB port sand microSD cards. But the rest of the specs are pretty different from one model to the next.

Lenovo’s new 9 inch tablet is already available for about $300. It features a 9 inch, 1280 x 800 pixel display with a 4-point multitouch touchscreen.

That widescreen display is a little different from the 9.7 inch, 1024 x 768 pixel screen on the IdeaTab S2109 I reviewed earlier this summer. That model had a 4:3 aspect ratio… which is more like what you get with an iPad, but it’s an unusual layout for an Android tablet.

The tablet is powered by a 1.2 GHz NVIDIA Tegra 3 system-on-a-chip, and can handle HD video playback and pretty much anything else you’d care to throw at the tablet.

There’s 1GB of RAM under the hood, and Lenovo will offer models with 8GB and 16GB of storage. The IdeaTab A2109 features a 1.3MP front-facing camera, a 3MP rear camera, WiFi, Bluetooth, and GPS.

Lenovo says you should get about 8 hours of battery life from the 6000mAh battery.

Prices for the 8GB version of this tablet could drop as low as $249.

While Lenovo hasn’t revealed the pricing for this tablet yet, I’m going to go out on a limb and say that the 7 inch tablet will be even cheaper than the 9 inch model when it’s released later this year. 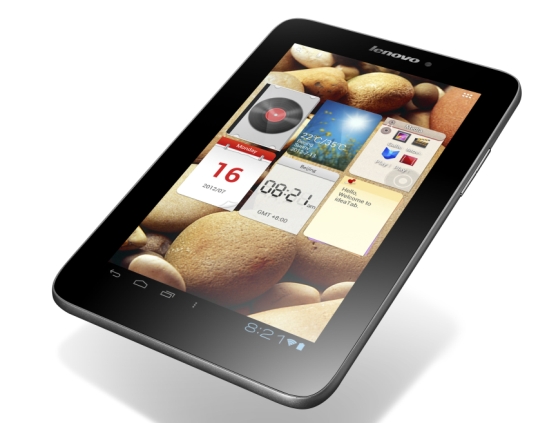 That’s because this device has a slower processor, a lower resolution display, and other design features that seem to point to a low price.

There is one feature that this tablet has which its bigger sibling lacks: support for mobile broadband. Lenovo will offer models with support for WCDMA and GSM wireless data. You can’t make phone calls with the tablet, but if you sign up for a data plan from your carrier, you should be able to surf the web on the go.

Lenovo says the 3550mAh battery should provide about 8 hours of run time.