Lenovo may be planning to launch three new tablets with 7, 8, and 10 inch displays, respectively. Italian site Eeevolution uncovered photos and names for the unannounced tablets, but there aren’t many details available.

It appears that at least some of the tablets will run Google Android software, although at least one model could be a Windows tablet. 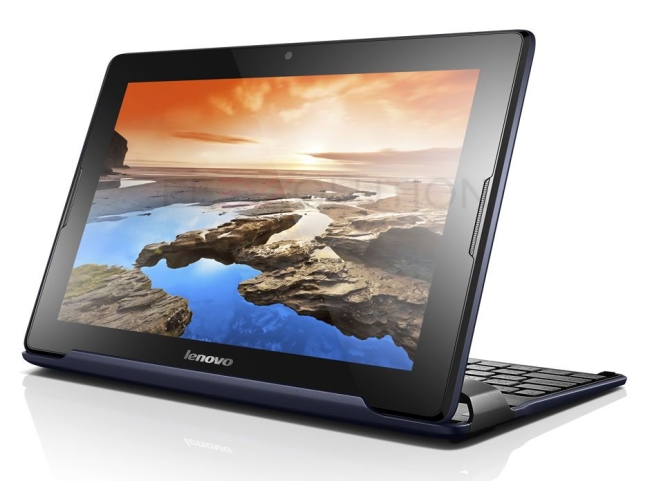 The Lenovo IdeaTab A10 has a 10 inch display, front-facing speakers, front-and rear cameras, and a keyboard dock that lets you use the tablet like a laptop. You can also flip the tablet around so it’s facing away from the keyboard if you want to use the dock as a stand.

There’s a Windows key on the keyboard and there are no dedicated Android keys, which suggests that the 10 inch tablet could be a Windows machine.

Lenovo’s IdeaTab A7 and A8 tablets also appear to have front and rear cameras, and front-facing speakers. These models appear to be Android tabelts with microSD card and SIM card slots.

According to a French retail listing for the IdeaTab A8, the 8 inch model might be a budget tablet with a MediaTek MTK 8121 quad-core processor, 1GB of RAM, 16GB of storage, an IPS display, 802.11n WiFi, Bluetooth 4.0, a 5MP rear camera, and 2MP front camera. But without pictures, it’s hard to be certain that this retail listing is for the same tablet.