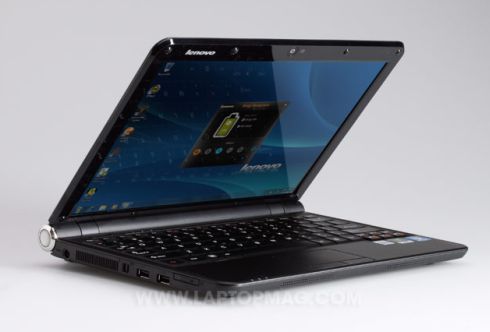 The Lenovo IdeaPad S12 has a 12 inch display and comes in three versions. You can pick one up with a VIA Nano processor, and Intel Atom CPU and integrated graphics, or an Atom version with NVIDIA ION graphics. That last one has only become available recently, and the folks at Laptop Magazine have put together one of the first detailed reviews of the ION version I’ve seen. The results? Not surprisingly it has better graphics power than the other versions.

The ION version of the laptop costs $649, which makes it far more expensive than the other versions. It also costs more than many similarly sized laptops with Intel CULV or AMD Neo processors. But in addition to the powerful graphics processor, you also get a bump to 3GB of RAM and a 320GB hard drive.

Does that justify picking the IdeaPad S12 over the $399 HP Mini 311? Laptop reports that the S12 scored a few more points on the PCMark 05 benchmark than the Mini 311, but the scores weren’t far enough apart to make a huge difference. The HP Mini 311 edged out the S12 in the 3DMark06 graphics test, although the margin was even lower in this benchmark.

Overall, it looks like the S12 gets significantly better graphics performance than the lower end versions of this laptop. But it also gets significantly lower battery life. It ran for just 3:45 in the Laptop battery test. The Intel Atom/integrated graphics version of the same laptop ran for nearly 2 hours longer using the same test (which consists of web surfing over WiFi), but it’s worth noting that Laptop Magazine tested the Windows XP model of the original S12, while the NVIDIA ION version ships with Windows 7. And as we’ve discovered, Windows 7 can take a serious toll on battery life.