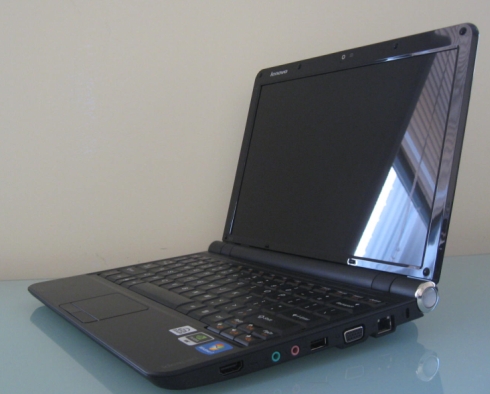 The Lenovo IdeaPad S12 netbook has been on the market for a while. I first reviewed this laptop in the summer of 2009. But Lenovo recently sent me an updated model with NVIDIA ION graphics to review. As promised, the NVIDIA graphics give the laptop an extra boost for watching HD video or playing games with 3D graphics.

But as with other ION based systems I’ve tested, I found that the computer was actually slower at some everyday tasks than a notebook with an Intel Atom processor and integrated graphics. I blame this on the fact that the ION graphics processor only kicks into high gear for certain tasks, which means that for many activities you’re left relying on the relatively slow CPU.

To see how the IdeaPad S12 with NVIDIA ION graphics compares to other notebooks in its class, read on.

Superficially, the NVIDIA ION powered version of the Lenovo IdeaPad S12 is identical to the model I reviewed in July. It has the same 12.1 inch display, 1280 x 800 pixel display and the same full sized keyboard. And both of those are good things. The display is comfortable to read without being too sharp. And the keyboard is comfortable to type on — especially if you’re used to Lenovo keyboard which place the Fn key in the lower left corner — to the left of the Ctrl key.

If I have any complaint with the physical design of the IdeaPad S12, it’s the battery which sticks out of the back of the laptop like a tumor. Sure, you won’t actually have to look at the battery while you’re using the laptop. But I would have preferred a battery like the one used on the Lenovo IdeaPad U150, which rests entirely under the body of the laptop without taking up any extra space in the rear.

There is one external difference between the NVIDIA ION model and the version with integrated graphics. The ION version of the Lenovo IdeaPad S12 has an HDMI port, which takes up the space occupied by an ExpressCard/34 slot on the other model. In other words, there’s no room for an ExpressCard slot on this model, but you do get HDMI output for pumping out HD video to an external display.

Rounding out the rest of the ports are 3 USB ports, a VGA output, Ethernet jack, microphone and headphone ports, and an SD card slot. There’s also a switch on the left side of the computer that you can use to turn the wireless features on and off. 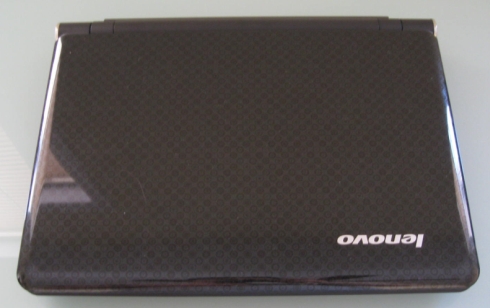 The IdeaPad S12 is available in black or white. Both models have glossy lids, although I feel like the black cover shows fingerprints more easily. The case isn’t a solid color though. While it’s kind of hard to spot from a distance, when you look at the laptop up close you see a textured pattern of circles. 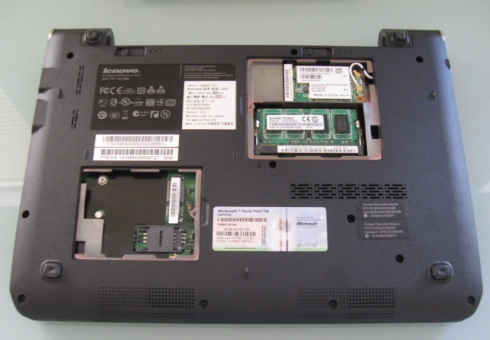 On the bottom of the laptop you’ll find two access panels which you can open up to upgrade or replace the RAM or add a PCIe card. One nice thing about the IdeaPad S12 is that unlike many netbooks, it has 2 RAM slots, making it easy to upgrade the memory.

The IdeaPad S12 is larger than a typical netbook thanks to its 12.1 inch display. And that leaves plenty of room for a full sized keyboard. I found typing on the Lenovo IdeaPad S12 to be quite comfortable — although I’m still not a big fan of Lenovo’s decision to place the Fn key to the left of the Ctrl key in the lower left corner of the keyboard.

Arrow, Page Up, Page Down, brightness and volume keys are all located in the bottom right corner of the keyboard. But for some reason Lenovo offers some buttons with duplicate functionality in a row just above the keyboard, where you’ll find volume and mute buttons. 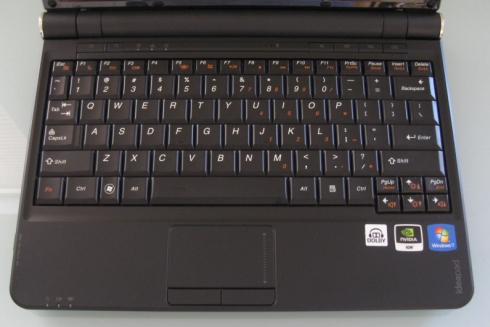 This extra row of buttons also features the power button, a QuickStart button, and a OneKey recovery button. The QuickStart software lets you boot into a fast-loading Linux environment based on Splashtop. This way you can load a web browser, Skype, or a handful of other application about 10-20 seconds after hitting the power button instead of waiting for Windows to boot.

The OneKey recovery software lets you restore your computer to the factory default condition or restore from a user-created backup. If you hit the OneKey button when Windows is running, it will fire up the recovery software from within Windows — without the option to restore to the initial state. But if you turn off the computer and then hit the OneKey button instead of the power button, you can do a full system restore. 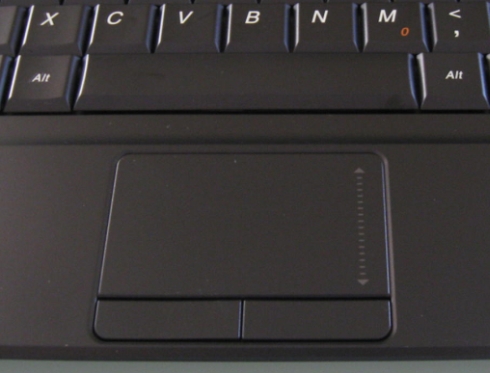 The touchpad is nice and wide and features two distinct buttons for left and right presses. While the touchpad doesn’t support multitouch gestures, it does allow you to swipe your finger across the bottom or right sides to scroll left, right, up or down.

Aside from the 12.1 inch, 1280 x 800 pixel display, the defining characteristic of this laptop is the fact that it scraps Intel’s integrated graphics and replaces the chipset with NVIDIA ION. This gives the laptop more than enough power to handle 1080p HD video playback in a wide range of formats – including HD Flash video if you have Adobe Flash Player 10.1 beta installed. The computer also scores significantly higher on 3D graphics benchmarks than a typical Intel Atom netbook with integrated graphics. You’re not necessarily going to want to play bleeding edge video games on the Lenovo IdeaPad S12 with NVIDIA ION, but you shouldn’t have problems running many older games. 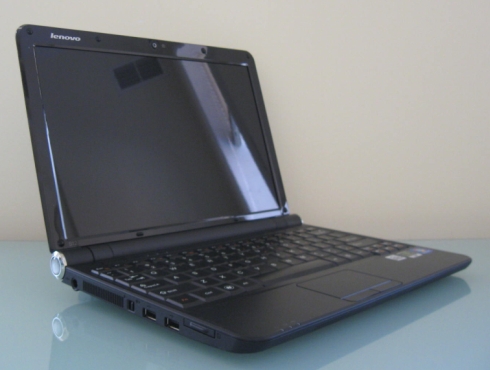 The laptop has an Intel Atom N270 processor — the same chip that’s been used in dozens, if not hundred of netbooks released over the past two years. The CPU is capable of handling light weight tasks without much trouble. And it’s reasonably efficient at multitasking. You shouldn’t have any problems surfing the web with a few browser tabs open while listening to music, for example.

But while the IdeaPad S12’s NVIDIA graphics helped it outperform standard netbooks in the graphics department, I found that for other tasks it sometimes felt a little sluggish. For instance, there was an unusually large amount of lag when I was reading news using Google Reader. I’m used to being able to jump from one article to the next almost instantaneously, but with the IdeaPad S12, sometimes I would hit the next button and have to wait a second for the next article to load. I don’t mean to single the IdeaPad S12 out here. I’ve noticed similar problems on other laptops with larger displays. I can’t say for certain whether it’s the display resolution or NVIDIA ION that’s a problem here, but the powerful graphics processor clearly doesn’t help when it comes to rendering Javascript-heavy web pages.

I ran a series of benchmarks on the Lenovo IdeaPad S12 and compared the results with three other laptops. The HP Mini 311 is probably the closest comparison, as it has the same NVIDIA ION chipset and Intel Atom N270 processor as the S12. The Asus Eee PC 1201N has a dual core Atom 330 processor and ION graphics. And for comparison’s sake, I threw in the Asus UL20A, which has a 1.3GHz Intel Core 2 Duo SU7300 CULV processor and GMA 4500MHD graphics. In other words, the UL20A has a much more powerful processor than the IdeaPad S12, and less powerful graphics, which becomes very apparent when you look at the 3DMark06 scores above.

While the NVIDIA ION chipset lags behind the Intel CULV platform in CPU speed, thing get interesting when you run applications that can take advantage of GPU acceleration. Video transcoding application MediaCoder, for example, allows you to use GPU acceleration on graphics cards that support NVIDIA’s CUDA technology. So while the Lenovo IdeaPad S12 took a ridiculously long time to transcode a four and a half minute video clip using the standard MediaCoder transcoder, when you switch to the CUDA encoder, the S12 completed the job faster than the Asus UL20A, which couldn’t use the CUDA encoder.

I also ran a series of benchmarks to test the general performance of the IdeaPad S12. These included transcoding the same 4:34 video clip to Xvid using VirtualDub, transcoding a 13 minute audio file, and copying and zipping the contents of a large folder with over 2,000 files in it.

As you can see, the S12 outperformed the HP Mini 311 in most of these tasks, but trailed behind the dual core Asus Eee PC 1201N and Intel CULV powered Asus UL20A.

Of course, odds are you won’t spend a lot of time transcoding audio or video files on a thin and light portable netbook. So I ran one more test, which measures how long it takes to launch two of the slowest-loading application I regularly use: image editing application GIMP and office suite OpenOffice.org. The IdeaPad S12 held its own here, performing almost as well as the Asus UL20A.

The laptop’s 6 cell, 52Whr battery is a bit of an eyesore, sticking out of the back of the laptop. But I wouldn’t want to use this laptop with a smaller battery. Even with a 6 cell battery, I was only able to get about 3 to 4 hours of run time while surfing the web over WiFi.

Expect lower battery life if you plan to spend a lot of time watching videos, playing games, or performing other tasks that will tax the CPU and NVIDIA ION graphics. 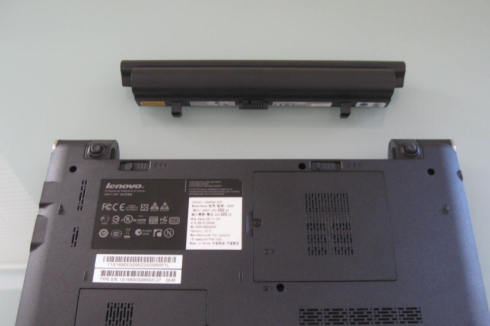 It’s interesting to note that the battery life on the NVIDIA ION model isn’t that much worse than the standard version of this notebook. During one battery run down test, I managed to get about 4:15 of run time. The best I managed with the IdeaPad S12 with integrated graphics was 4:27.

The Lenovo IdeaPad S12 with NVIDIA ION graphics costs about $170 more than the version with integrated graphics. Is it worth the extra price? That depends on how important the extra graphics capabilities are to you. In terms of everyday performance, you probably won’t notice a difference between the two machines. But if you want a model that can reliably handle HD video, Flash video, and some 3D gaming, as well as pump out video to an HDTV via an HDMI port, the NVIDIA ION model is the way to go.

That extra money doesn’t just pay for the graphics processor. This model also has more RAM and a larger hard drive than the model I reviewed last summer. And it ships with Windows 7 Home Premium instead of Windows XP. 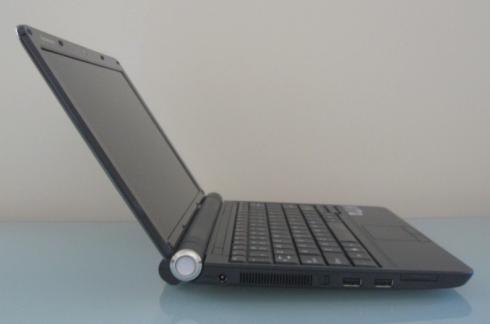 But with a starting price of around $599, I can’t think of many reasons to pick up the NVIDIA ION version of the IdeaPad S12 instead of a computer like the Lenovo IdeaPad U150 with an Intel CULV processor which offers better overall performance, even if it doesn’t score quite as highly on graphics benchmarks.