The march of the Comet Lake laptops continues. Intel may not have officially acknowledged it’s new line of 14nm processors for thin and light laptops, but it looks like Asus, HP, and Lenovo are all getting ready to launch notebooks powered by the upcoming chips.

Intel’s Comet Lake chips are expected to be branded as 10th-gen Intel Core processors, but they don’t feature the Intel Gen11 graphics that make the company’s 10nm, 10th-gen Core “Ice Lake” processors such a leap forward.

But that doesn’t mean there aren’t any improvements over Intel’s 8th-gen “Whiskey Lake” chips. According to information on the Lenovo website (which has been removed) by @momomo_us, the upcoming Lenovo IdeaPad C340 14″ convertible notebook will be available with up to a hexa-core Comet Lake processor. 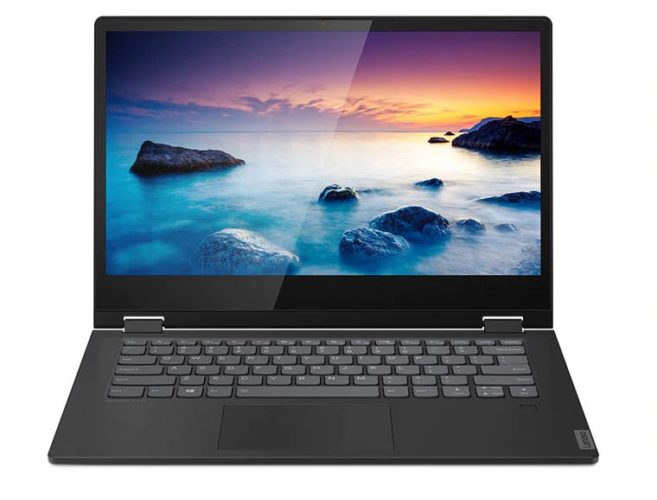 Lenovo actually first unveiled the IdeaPad C340 earlier this year, but at the time the company said the notebook would be available with a choice of AMD Ryzen and Radeon Vega graphics or Intel Whiskey Lake + NVIDIA GeForce MX230 processors and graphics.

The Lenovo web page for the Intel model currently shows support for “up to 8th-gen Intel Core i7” for the processor. The website will probably be updated (again) after Intel officially confirms the existence of its Comet Lake processors.

But when the notebook ships, it looks like it’ll actually support these processor options:

I believe that last option may be Intel’s first 6-core/12-thread U-series processor, which should bring a significant performance boost… at least for tasks that can take advantage of the additional cores/threads.

And while these laptops may not have Intel’s Gen11 graphics, they are still expected to support “up to NVIDIA GeForce MX230” graphics, which should offer competitive performance — although I’d expected better energy efficiency and battery life from a similar laptop with an Intel Ice Lake processor due to the 10nm architecture and integrated graphics (rather than a discrete GPU).

The Lenovo IdeaPad C340 is expected to support up to 16GB of RAM, up to 512GB of PCIe solid state storage and the notebook features stereo speakers, a 14 inch, 1920 x 1080 pixel IPS, 250-nit touchscreen display. It has a 45W battery with support for fast charging, and there’s support for an optional pressure-sensitive digital pen.