Lenovo is getting ready to launch a PC stick that you can plug into a monitor or TV to turn pretty much any display with an HDMI port into a full-fledged PC.

It’s called the Lenovo IdeaCentre Stick 300 and while I haven’t found any pictures of the device yet, it sounds a lot like the Intel Compute Stick I recently reviewed.

Update: Lenovo has officially introduced the IdeaCentre Stick 300. It launches in July for $129. 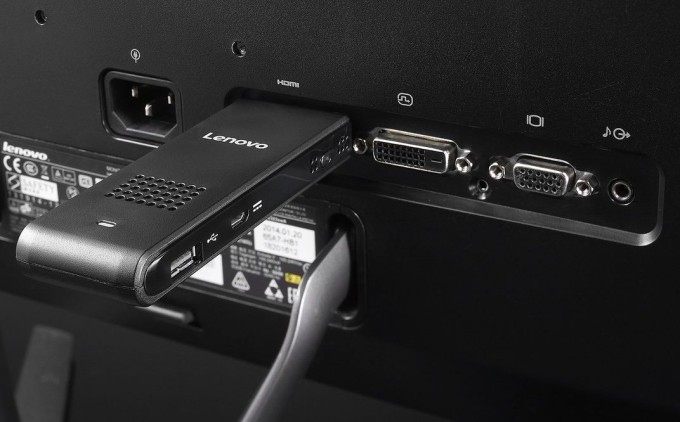 The Lenovo IdeaCentre Stick 300 is described as and “ultra-portable entry-level PC with Windows OS.

It features 32GB of storage, WiFi and Bluetooth, a microSD card slot, and an HDMI connector. It draws power from a micro USB cable and comes with an HDMI extension cable in case the port on your display is located in an awkward position.

Lenovo says the stick can be used as a basic computer or a media center with support for full HD video. And according to a Bluetooth SIG listing, the device will likely use the same Intel Atom Z3735 Bay Trail processor as the first-gen Intel Compute Stick.

That’s not surprising, since most devices of this type that have launched to date use that processor. But later this year we should start to see the first models with more powerful Intel Core M Broadwell processors. 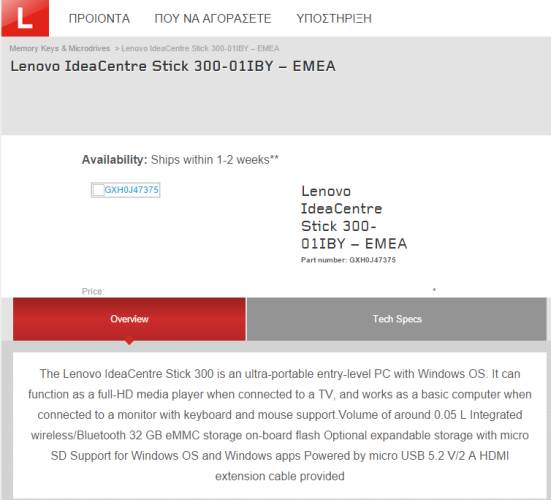