The Lenovo IdeaCentre Q190 will launch in January, 2013 for $349 and up, and Lenovo says the new computer will have up to 80 percent faster processing power than the IdeaCentre Q180. 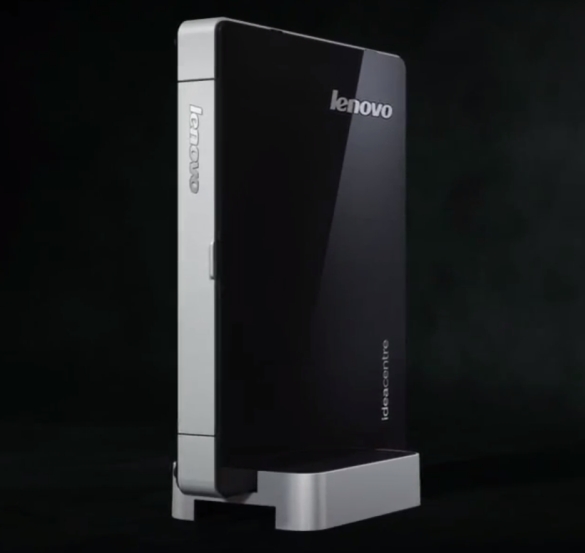 The new computer features support for 1080p HD video playback and 7.1 channel surround-sound audio. Lenovo will also offer an optional DVD or Blu-ray drive as well as an optional multimedia remote control with a built-in backlit keyboard and mouse for folks that want to use the Q190 as a media center PC.

While the official press release is a bit light on specs, the company has posted a YouTube video which shows that the IdeaCentre Q190 features VGA and HDMI output, an Ethernet jack, 4 USB ports, and processor options up to an Intel Core i3 Sandy Bridge CPU.

The computer itself measures just 0.86 inches thick, but if you want an optional disc drive, it looks like you can opt for an additional module that adds an extra USB port as well as a disc drive.