Lenovo is no stranger to the tiny desktop space. The company’s IdeaCentre Q series notebooks have been around for years, and Lenovo has positioned them as machines for home theaters, among other things.

But Lenovo’s new IdeaCentre 610S is basically a theater-in-a-box, because this small form-factor computer comes with a wireless projector that can be stacked on top of the case. 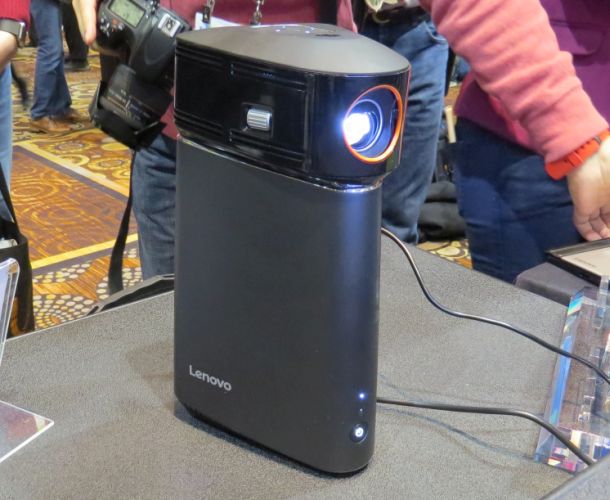 The projector is a 220-lumen short throw projector that can display a 100-inch image from about 2.4 meters (a little under 8 feet) away. It has a built-in battery and 2 watt speaker, and you could theoretically use it with just about any PC, since it has an HDMI input and USB 2.0 port.

The computer itself will be available with up an Intel Core i7 Skylake processor, up to 16GB of RAM, up to 2TB of hard drive of 256gb of solid state storage, and optional NVIDIA GTX 750ti graphics.

Lenovo says the IdeaCentre 610S will be available in June for $849 and up. That price includes the projector though. You may be able to save some money by picking up the PC without the projector if you’re not interested in what may be the computer’s most distinctive feature.