Lenovo seems to have pulled the plug on its first Windows RT device. The Lenovo IdeaPad Yoga 11 is a notebook that transforms into a tablet when you flip the screen back nearly 360 degrees until it rests below the keyboard.

It has an NVIDIA Tegra 3 processor, 2GB of RAM, 64GB of storage, and runs Microsoft’s stripped-down version of Windows designed for devices with ARM-based chips.

Lenovo started offering the tablet last year with a list price of $799, but now you can pick up a refurbished model for as little as $342 or a new model for around $580. 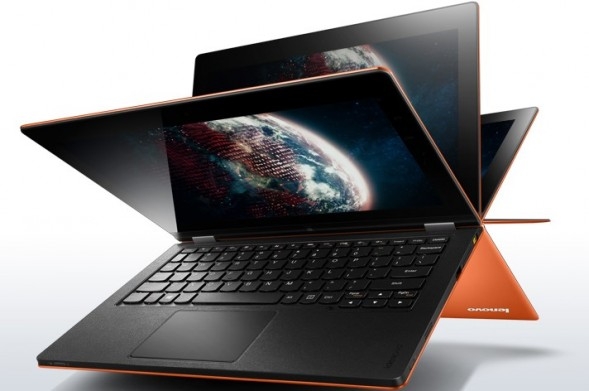 But what you can’t do is buy a new model straight from Lenovo anymore. The company’s website says the IdeaPad Yoga 11 is no longer available from Lenovo.com but that you may still be able to find one at other retail stores.

The move’s not a huge shock. Lenovo recently brought a new IdaPad Yoga 11S to market. It looks virtually identical to last year’s model, but it has an Intel Ivy Bridge processor, 4GB to 8GB of RAM, and 128GB to 256GB of disk space.

The new model also runs the full Windows 8 operating system, which means it’ll run apps that aren’t available for Windows RT tablets, and the Yoga 11s has the same $799 list price as the Yoga 11 had — although right now you can get one for as little as $750.

Windows RT probably seemed like a good idea a few years ago when Microsoft started working to make its next-gen operating system play well with devices with very low power consumption. ARM-based devices were starting to corner the tablet market at the time.

But Intel has done some great work at reducing power consumption in its recent Atom and Core family processors, which means you can get an Intel-powered tablet with similar battery life to what you’d expect from an ARM-based system. Some models with Atom chips are even priced competitively with their ARM counterparts.

Meanwhile, the key advantage you get from running Windows on a tablet instead of Android or iOS is the ability to run Windows apps — and while Windows RT devices can run Microsoft Office and new Windows apps designed with a full-screen user interface and for distribution in the Windows Store, they can’t run classic Windows apps like Photoshop, iTunes, QuickBooks, or XBMC.

So given the choice between a Windows RT device and a similarly priced Windows 8 model, there are almost no good reasons to choose RT.

It’s not surprising Microsoft recently slashed the price of its own Surface RT tablet by $150.

And it’s not surprising that Lenovo seems to be retiring the Yoga 11.