The Raspberry Pi 2 isn’t the $35 only single-board computer with a quad-core ARM processor. A Chinese team called EmbedStudio want to bring a device they call the Lemon Pi to market. They’re hoping to raise money for the project through a crowdfunding campaign at Indiegogo. 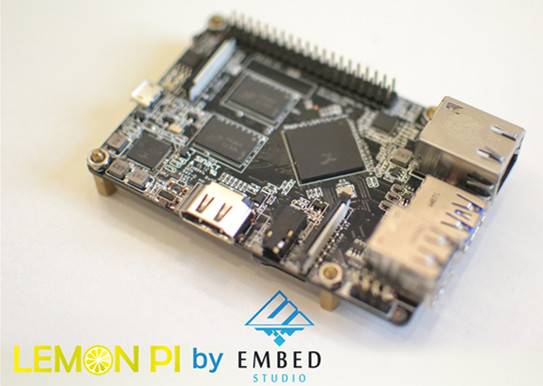 The Lemon Pi is the same size and price as a Raspberry Pi, but the Lemon Pi features an Actions S500 ARM Cortex-A9 quad-core chip instead of a Broadcom BCM2836 Cortex-A7 chip.

Another thing that sets the Lemon Pi apart from the Raspberry Pi? The developers claim it supports Android 5.0 as well as Ubuntu. While the Rapsberry Pi supports a range of Linux-based operating systems, it currently has limited support for Android.

On the other hand, there’s a huge community of Raspberry Pi users which means there’s more development and support for that platform than for pretty much any other small, low-cost mini PC. 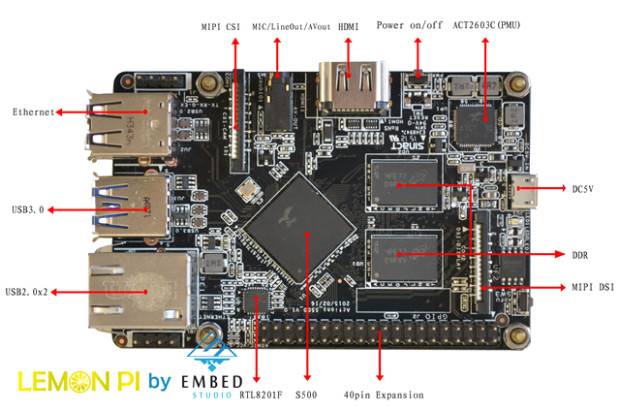 The system features PowerVR SGX544 graphics which means it should be able to handle hardware-accelerated HD video and 3D graphics in Android… but it also means that you won’t likely find open source graphics drivers.

There’s also optional support for eMMC memory, but there doesn’t seem to be an option to request a model with built-in storage during the crowdfunding campaign.

EmbedStudio is offering a handful of models as rewards for $25 or $30 pledges, but once those units are all claimed, the price goes up to $35. Note that this is a crowdfunding campaign, not a store. So while the developers hope to be able to ship the Lemon Pi in August if, there’s no guarantee that everything will go according to plan.