Chip maker AMD has long been competing with Intel and NVIDIA in the desktop CPU and graphics spaces, but recently the company tried going after the low-power service chip space with the introduction of its first ARM-based processors.

While those chips are designed for servers rather than consumer applications, they could pave the way for other future ARM chips from AMD.

Want to get your hands on one of AMD’s first ARM-based processors? The LeMaker Cello is a development board with an Opteron A1120 quad-core ARM Cortex-A57 processor. 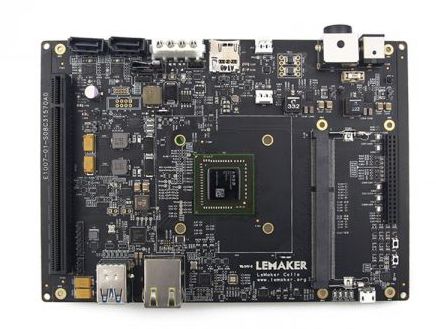 The board features support for two sticks of DDR3 RAM, has connections for two SATA 3.0 drives, a PCI Express x16 slot, and two USB 3.0 ports and Gigabit Ethernet.

If you were hoping for a Raspberry Pi-like price, you’re out of luck. The LeMaker Cello is available for pre-order for $299 and should begin shipping in the second quarter of 2016.

It’s aimed at developers, after all, and not the general public.