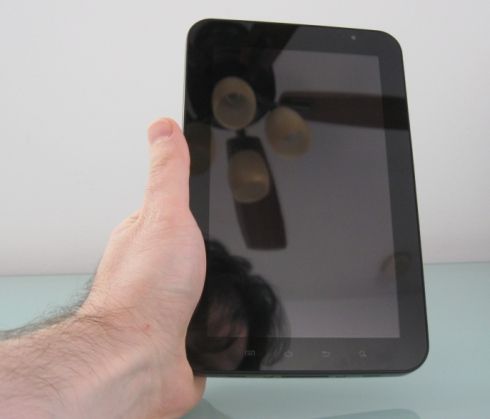 We’re still waiting for Samsung to bring the 8.9 inch version of the Samsung Galaxy Tab to market, but according to the folks at Lithuanian site Mobili linija Samsung already has a few new 7 inch models in the works.

I’m going to take this news with a grain of salt, since the leaked roadmap comes from an obscure source and includes some devices that seem a little unusual, to say the least, including a smartphone with a 5.3 inch AMOLED display.

But if you believe the rumor, it looks like we can expect to see a couple of versions of a tablet with a 7 inch, 1024 x 600 pixel display and Google Android 3.x Honeycomb operating system later this year. Samsung has been selling a 7 inch Galaxy Tab since last year, but the current model ships with Google Android 2.2 Froyo.