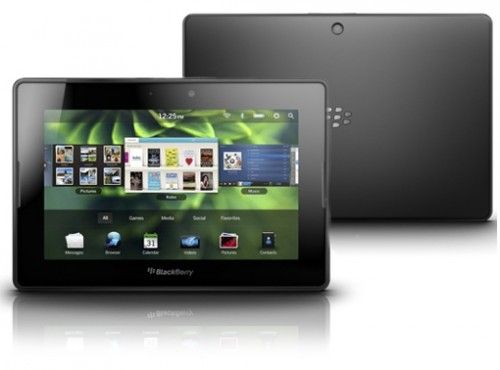 Research in Motion’s current BlackBerry PlayBook features a 7 inch, 1024 x 600 pixel display and a 1 GHz TI OMAP4 dual core processors. It was released in early 2011, but RIM plans to offer a major software update soon that will make the tablet more useful by adding native email, calendar, and contact apps as well as support for some Android applications.

RIM has already said that PlayBook OS 2.0 will be available in February. But according to a leaked roadmap obtained by n4bb, that’s just the tip of the iceberg.

N4bb also reports that RIM will launch an updated 7 inch PlayBook in April with 3G+ support. Then in December we could see a 10 inch PlayBook with support for 4G LTE.

The roadmap also shows the first smartphone running BlackBerry 10 software in September, new phones for emerging markets, and a summer launch for a service that will allow IT administrators to manage the PlayBook.

Right now this is little more than unsubstantiated rumor, but n4bb’s sources are usually pretty reliable.