There’s little doubt that Google and LG are working together on a new Nexus smartphone which is set to launch soon. It’s been showing up in leaked photos, FCC documents, and other corners of the internet for weeks. Now the folks at Android Police might have received the motherlode: a 281 page service manual for what appears to be the Google Nexus 5.

Officially, the phone is labeled as the LG-D821, but it’s got the Nexus logo on the back, and the service manual is full of images, charts, and specs for the phone. 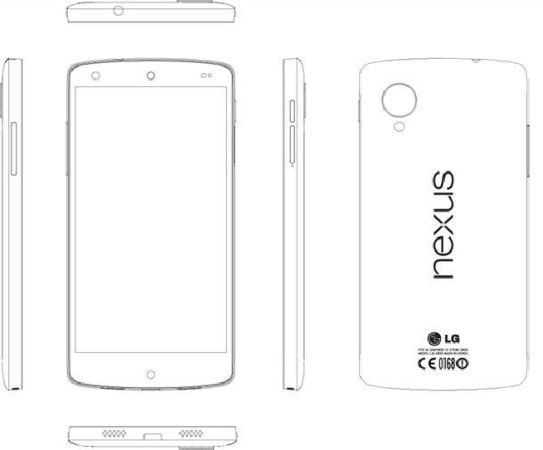 As usual with a new Nexus phone, it looks like the Nexus 5 has some of the best specs available for any Android smartphone at the moment… as long as you’re willing to buy a phone that doesn’t have a microSD card slot or user replaceable battery.

It has an 8MP rear camera with optical image stabilization, and a 1.3Mp front-facing camera. The phone has all the usual motion and light sensors, feature WiFi, Bluetooth, NFC, and support for UMTS, GSM, CDMA, and LTE networks, uses a micro SIM card, and supports wireless charging. It has a 2300mAh battery.

Unfortunately there are no clues about the release date or price in the manual… but all signs point to soon, and cheaper than other high-end phones.

Android Police describes the service manual as an early draft which may have errors, so take those details with a grain of salt.

Update: The manual’s been removed in response to a copyright infringement claim.