LG’s next high-end smartphone may look a lot like it’s most recent flagship phone.

A user of Chinese social media service Weibo has posted some pictures that allegedly depict the upcoming LG V30, and it seems to have the same camera and fingerprint sensor placement as the LG G6, as well as a similar widescreen display that covers most of the front of the device.

The one visible difference is the secondary display above the screen which seems to show app shortcuts. 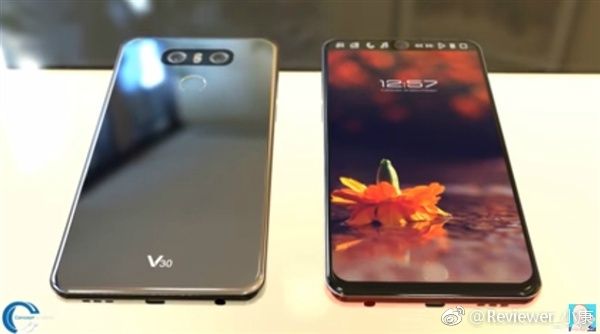 This wouldn’t be the first LG phone with a secondary display. The LG V10 and V20 each had a ticker-style, always-on display which could show app icons and notifications.

But recently we saw evidence that LG was thinking about shaking things up for this phone by making the second screen a slide-out display at the bottom of the phone.

When Evan Blass shared the pictures of a phone with a slide-out screen, he noted that it was an “old-ish mockup” and that it wasn’t clear if the finished product would use that design.

If these new photos are real, then it looks like LG may have gone with a more modest update… and one that’s probably more useful. Phones with slim-bezels and wide displays are trendy right now. Phones with slide-out displays? There’s no way to know how much demand there is because nobody’s ever released a phone with that exact design.