Lenovo’s ThinkPad X1 Carbon line of laptops are thin-and-light notebooks made from premium materials and sporting premium hardware. The first model launched in 2012, and Lenovo has offered a new version every year since then.

That might change soon… because Lenovo may have three new models on the way. 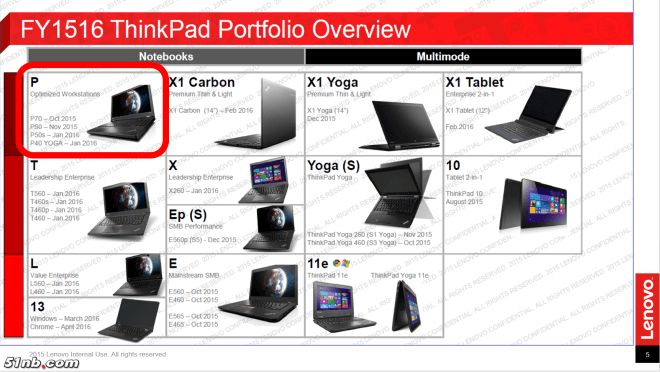 According to a leaked product roadmap, here’s what we can expect soon:

It’s likely we’ll see at least a few of those computers at the 2016 Consumer Electronics Show in January, but if the roadmap is correct, Lenovo could introduce the Yoga before the end of 2015.

Some upcoming accessories also include a wireless docking station and a wireless charging adapter for the ThinkPad X1 Carbon.

The roadmap also also points to new 13 inch Windows and Chrome OS laptops coming in March and April, as well as new T, P, and X series notebooks, as well as the recently introduced Yoga S series of convertibles.