A leak published earlier today revealed a bunch of new Intel NUCs are on the way, including the company’s first octa-core systems. The same source also included another Intel roadmap showing the future of Intel’s new plans for modular computing. 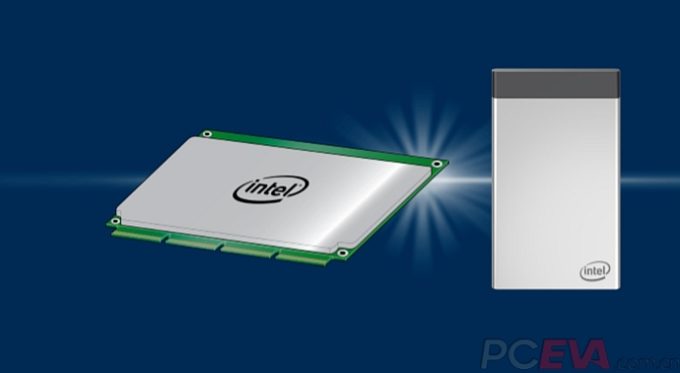 Intel will offer five different Compute Modules, all powered by 15W processors and featuring 802.11AC wireless and Bluetooth 5. Options on the lower end feature either a Celeron 4305U or a Pentium 5405U processor along with 4GB of RAM and 64GB of integrated eMMC storage. Both are dual-core chips. 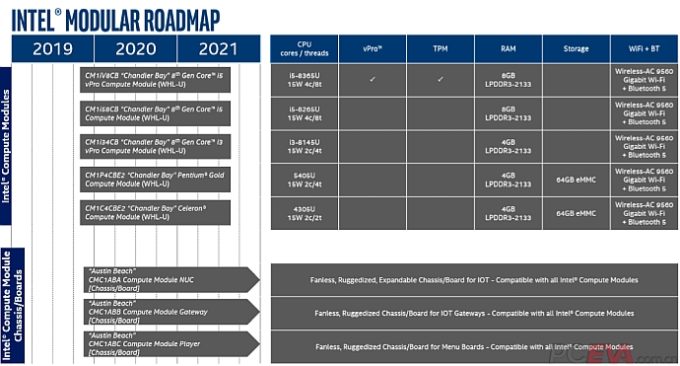 Intel offers a number of potential use cases including All-in-Ones and mini PCs. Beyond traditional desktop computing, Intel also sees the Compute Module as a good fit for digital signage, kiosk system, and appliances. Giving dumb appliances a boost in the brains department was something Intel had hoped manufacturers would do with its Compute Cards.

Compute Cards, interestingly enough, may not be around for much longer. Another slide in the leaked deck doesn’t show any new models beyond 2019. That’s not a complete surprise, as demand for the Cards has been relatively tepid in their two-year existence. It’s possible that Intel believes that the Module format will prove more appealing to potential OEM partners.