Google will likely introduce a 7 inch Nexus tablet at the Google I/O conference later this week. But the folks at Gizmodo Australia stole a bit of the company’s thunder today by publishing some of the most important details.

The information comes from a leaked training document, and fits pretty well with all the rumors we’ve heard to date. It also fits with what Asus pretty much told us 6 months ago: that the company was working on a 7 inch tablet with a quad-core processor and price tag of $249 (or less). 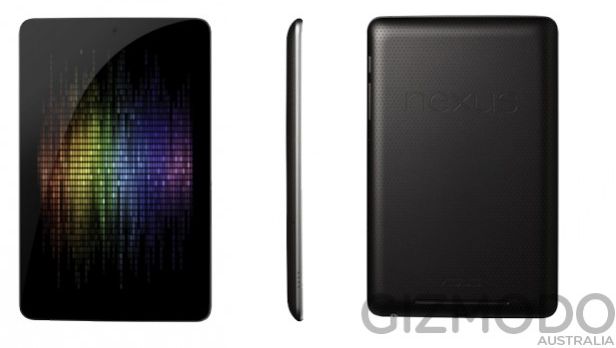 It will reportedly have 1GB of RAM and be available with 8GB or 16GB of storage. Gizmodo reports that the 8GB model will sell for $199, while the 16GB version will cost $249. While the leak comes from Australia, the prices are in US dollars.

The tablet is said to be running Google Android Jelly Bean (which will likely be Android 4.1), and will include NFC, a 1.2 MP front-facing camera, and 9 hours of battery life.

Gizmodo’s obtained document also includes the picture shown above, giving us an idea what the tablet will look like. Not surprisingly, it looks like a piece of glass with a small border around the sides — just like nearly every other tablet we’ve seen in recent years.

As a Nexus device, this tablet would be a flagship product for both Google and Asus. Google uses the Nexus program to showcase the latest available hardware designed for its Android operating systems, and the Google Nexus One, Samsung Nexus S, and Samsung Galaxy Nexus smartphones have been the devices Google has recommended for developers over the past few years.

They also tend to be first in line for software updates from Google, and include versions of Android exactly as Google designs it, without any modifications such as HTC Sense or Samsung TouchWiz.