Le Pan products a handful of Android tablets which are relatively popular among bargain hunters. Now the company’s third tablet is on the way. The Le Pan III showed up at the FCC website this week. 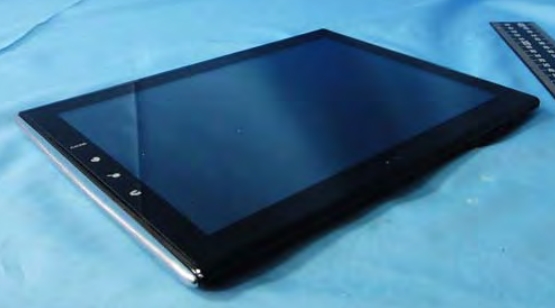 . It gets pretty positive reviews from customers at Amazon.

It was followed by the 1.2 GHz Le Pan II with Google Android 3.2 Honeycomb. That model runs about $280

, if you can find one in stock.

The new tablet has a 5MP rear camera, 2MP front-facing cameras. It measures 9.3″ x 7.4″ x 0.5″. It will likely carry a higher price tag than earlier models, since Le Pan is positioning this as a “flagship” model.

But the company will also launch a Le Pan TC978 tablet this year, with Android 4.0, a 1 GHz TI OMAP 4430 dual-core CPU, 4GB of storage, and a 2MP front-facing camera with no rear camera.