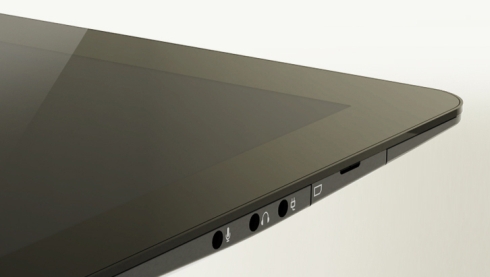 The joojoo tablet that Fusion Garage introduced to the world earlier this week is set to go on sale today. The tablet features a 12.1 inch capacitative touchscreen display and no keyboard. It weighs just 2.4 pounds and it’s designed to access web pages and web apps.

It has a custom, touch-friendly operating system that boots quickly and features an on-screen keyboard. And at $499, it may not be overpriced based on the hardware, but it’s rather expensive compared to the slew of netbooks already flooding the market. Because let’s face it, aside from the touch interface, there’s little that the joojoo can do that a netbook can’t.

But that’s not the only problem Fusion Garage is facing. TechCrunch founder Michael Arrington followed through on his promise to file a lawsuit against Fusion Garage over the tablet yesterday.

Before this week, the tablet was known as the CrunchPad, and it was a collaborative effort between Fusion Garage and Arrington’s TechCrunch Inc. Over a year ago, Arrington wrote on his blog that he was looking for a low cost, light weight, web-only tablet. But none existed at the time, so he decided to start a project to build one. In time, he hooked up with Fusion Garage, a company that had similar goals. The history of what happened after that is a bit convoluted, and each side claims that they had significant input into the final product.

Fusion Garage claims to own all of the intellectual property aside from the CrunchPad name, and announced this week that it plans to go ahead and sell the tablet. But Arrington says that he created the “entire blueprint” of the device and hired engineers that have worked on the project. In other words, he’s making the case that the joojoo wouldn’t exist if it weren’t for the CrunchPad team. Arrington also suggests that Fusion Garage is and has been for a while “on the edge of going out of business,” although it’s not clear how that relates to any legal claims.

Whether that’s true or not, one thing is certain: You’re taking a gamble if you decide to pre-order a joojoo tablet today. It may or may not ever hit the streets depending on the outcome of this lawsuit. At the very least, the time and cost involved in litigation could tie things up for a while.