Single-board computers are getting so cheap that you can pick up a CHIP or Raspberry Pi Zero for under $10. But you’ll have to pay a little more if you want a model that can run Windows. That doesn’t mean you’ll have to pay

For example, Newegg sells the Kangaroo Mobile Desktop for $99. Want something a little more hacker-friendly? The LattePanda is a new single-board PC with an Intel Atom Cherry Trail processor, Windows 10 software, and support for up to 4GB of RAM. It also has an Arduino-compatible co-processor and GPIO pins.

The team behind the project are launching a Kickstarter campaign in hopes of raising money to deliver the first Lattepanda units in a few months. 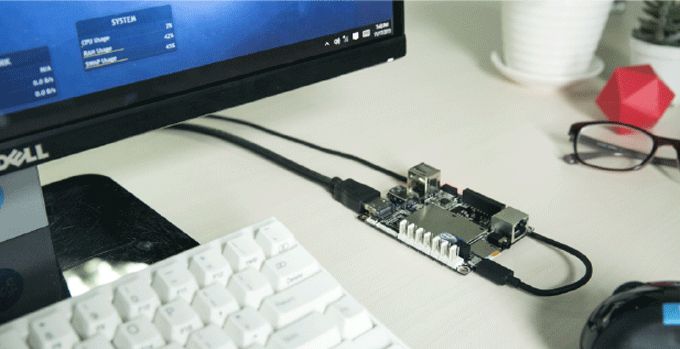 The first 100 people to request a LattePanda can snag one for a pledge of $69. After that the price for an entry-level model goes up to $79.

A pledge of $129 or more gets you a LattePanda Enhanced edition, which has the same processor and basic design. But the Enhanced version comes with 4GB of RAM, 64GB of storage, and Windows 10 64-bit.

The LattePanda has an Atmega32u4 co-processor for Arduino features, serial ports, and a touch screen connector.

The team is also offering a Starter Kit pack that includes a a 7 inch display, HDMI cable, and micro USB cable when you make a pledge of $99 (for the basic model) or $149 (for the enhanced model).

If all you want is a fully functional Windows PC that doesn’t cost a lot of money, you might be better off with something like a Kangaroo. But if you’d rather have serial connectors, GPIO pins, and Arduino support than a case, the LattePanda looks like an interesting option.

Note that while this board is more hackable than most single-board, Windows-compatible computers, there are limitations: the RAM and eMMC storage are soldered to the motherboard. While you can add additional storage with a USB device or microSD card, there’s no way to upgrade the RAM.

The developers plan to begin shipping the first units to backers of the campaign in February.