LattePanda, which has been making single-board computers with x86 chips since 2015, is taking pre-orders for the new model through a Kickstarter crowdfunding campaign and plans to begin shipping the LattePanda 3 Delta to backers . Update: The ship date has been moved to July, 2022 due to pandemic-related manufacturing delays. 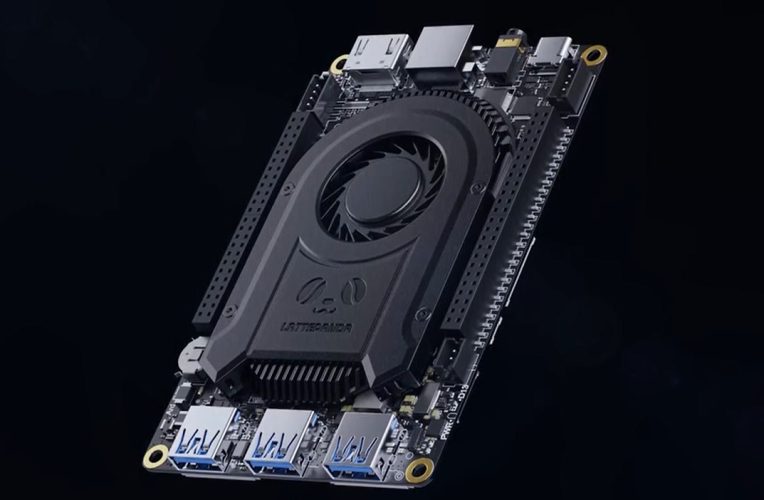 According to the company the new model offers up to 2X the CPU performance and 3X the graphics performance of the previous-gen model, which featured an Intel Celeron N4100 chip… although actual results will likely vary depending on the task. The company only offers a few benchmarks as evidence of the performance gains.

That said, the Celeron N5105 processor is a significantly newer, more powerful chip:

Aside from the processor spec bump, the new LattePanda 3 Delta has an improved fan with a 50% larger cooling area than the previous-gen model, an faster WiFi and Bluetooth, and updated ports and PCIe expansion options. 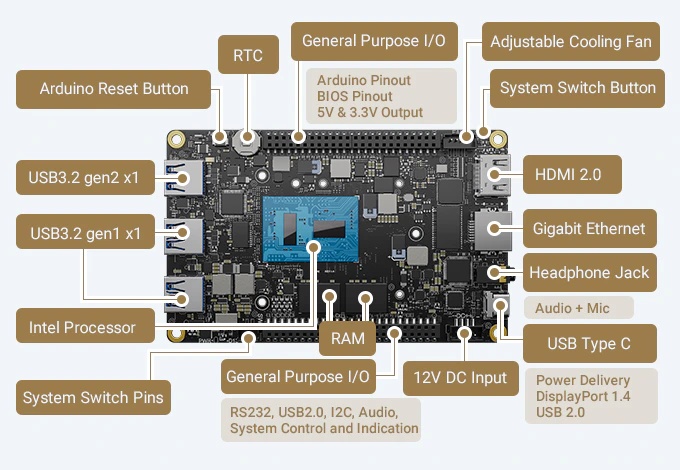 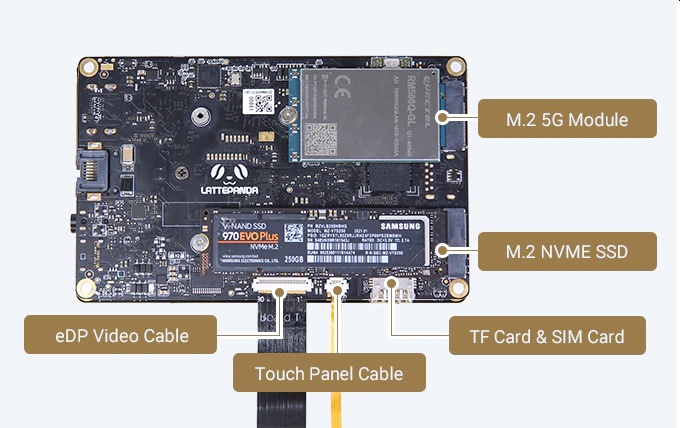 Not only does it have an x86 processor and support for Windows 10, Windows 11, and many GNU/Linux distributions, but the little computer has 8GB of LPDDR4-2933 MHz RAM, 64GB of eMMC storage, support for WiFi 6 and Bluetooth 5.2, and a selection of ports including:

There’s also a USB 2.0 header, eDP display connector, touch panel connector, microSD card reader and SIM card slot (for use with an optional cellular modem), and a M.2 M-key and M.2 B-key connectors as well as plenty of GPIO pins. 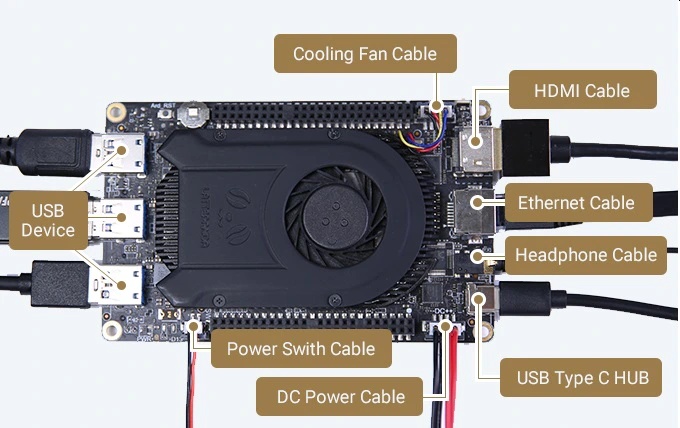 The LattePanda 3 Delta also has a “Watchdog Timer” feature in the BIOS that allows the system to automatically restart after a crash for continuous operation. There’s also an auto power-on feature that kicks in if there’s an unexpected power outage, prompting the computer to start up on its own as soon as power is restored.

LattePanda is offering a basic model with a Celeron N5105 processor, 8GB of RAM and 64GB of storage for about $230 during crowdfunding, or you can pay $249 for a model that comes with Windows 10 Pro pre-installed.

Other options include kits that include the Windows 10 Pro model plus accessories like a UPS HAT for battery backup, a 7-inch, 1024 x 600 pixel or 12.5-inch 4K IPS touchscreen display, and an USB camera.