Microsoft has released a new preview build of Windows 10 to members of the Insiders program, and among other changes are some big updates to the Windows Subsystem for Linux (WSL).

That’s the name for the feature that allows users to open a Bash terminal to run some Ubuntu Linux software and commands from within Windows.

Windows 10 Insider Preview Build 14951 is the first version to include Ubuntu 16.04 (instead of the 2-year-old Ubuntu 14.04), and users can now launch Windows apps from a Linux terminal. 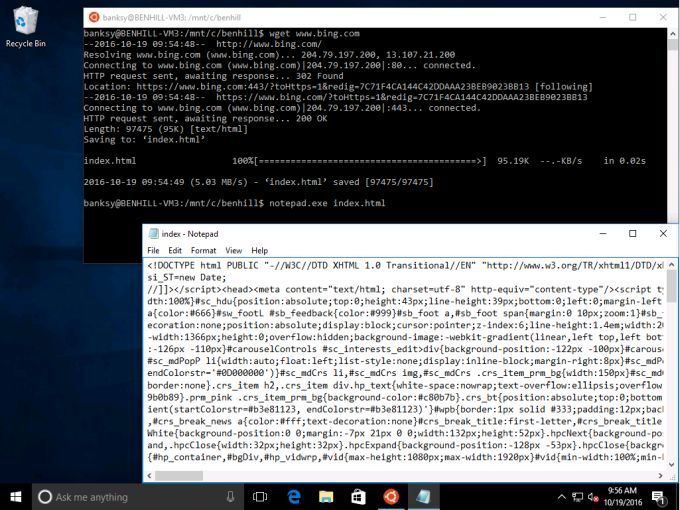 If you’re already using Windows Subsystem for Linux, you won’t be upgraded to Ubuntu 16.04 automatically, but you can use the “do-release-upgrade” command to update the software. Anyone setting up WSL for the first time will now get Ubuntu 16.04 LTS by default.

There are also a bunch of bug fixes, as well as a few new bugs (like an issue that may leave you unable to sign into some Windows apps including Groove, MSN News, or the Feedback Hub… so proceed with caution).