Google’s next flagship smartphones are likely coming this fall. The Pixel 4 and Pixel 4 XL are expected to be the first in the world to feature the company’s “Soli” radar technology that lets you interact with phones by moving your hands and fingers in front of the screen. They’ll also probably feature displays with 90 Hz refresh rates, dual rear cameras with support for optical zoom, and more RAM than any Pixel or Nexus phone to date.

We don’t know all these things because Google has confirmed them… but because over the past few weeks leaks about the smartphone have started to seem more like a firehose. 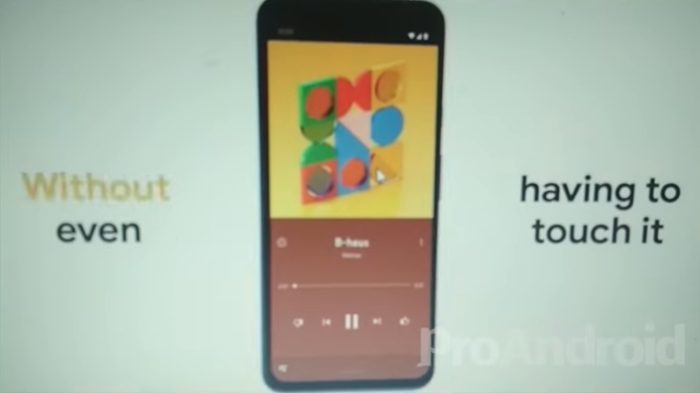 Over the past few days, we’ve seen:

Thanks to the latest leaks, it seems pretty clear that the smartphone will indeed have a higher screen refresh rate than earlier models, support hands-free gestures thanks to Soli, and support optical zoom — one photo shows the phone taking an 8X zoom shot, although it’s likely that’s through a combination of optical and digital zoom.

And that’s not counting news from “reliable sources” tipped to tech bloggers. 9to5Google reports the Pixel 4 will feature a “Motion Mode” for capturing action shots with a sharp focus on the foreground and a blurred background for shooting sporting events or similarly high-motion activities. An improved Night Mode may also speed up the process of capturing bright images in low-light environments, and there may be features aimed at capturing stars in the sky for astronomy-minded photographers.

Google Assistant on the Pixel 4 may also have some new tricks, like the ability to listen when you’re on hold during a phone call and alert you when it’s time to pick up the phone again.

Both are expected to feature Qualcomm Snapdragon 855 processors and 6GB of RAM.

One reply on “Latest Pixel 4 leaks include live photos, a commercial, and confirmation of key specs and features”