The first new Moto Mod is a slider-keyboard that hides behind the phone when it’s not in use, and which you can pull out when you want to start typing.

The other is a health tracker that lets you monitor your vital stats from your phone. 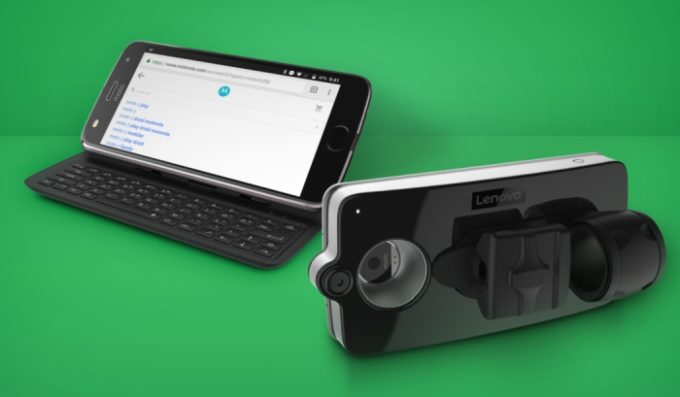 The Livermorium Slider Keyboard Moto Mod is something you might have actually seen before. It was a winner of the company’s Transform the Smartphone crowdfunding challenge last year, and the developers of the keyboard have been showing it off at various stages.

Now Lenovo says you’ll be able to buy the slide-out keyboard for Moto Z phones sometime in the next few months. It’ll sell for $99.

Not only does the physical keyboard provide the sort of tactile feedback that you don’t get from an on-screen keyboard, but it also doesn’t cover a portion of the screen when you’re typing, which means you can see more email, chat, document, web page, or whatever else it is you’re looking at while typing away with your thumbs.

It’s the sort of accessory that honestly doesn’t need to be a Moto Mod, because who’s really going to keep this thing attached to the back of their phone for an extended period? A USB peripheral that you can plug in when you need it and unplug when you don’t seems like it would make more sense… especially given the price tag for the Vital Moto Mod: it’s expected to sell for nearly $400 when it goes on sale in April.

I suppose the Vital Moto Mod could come in handy for health workers who may need to monitor stats for multiple people many times a day. But for the average user, a smartwatch or Fitbit and old fashioned blood pressure monitor might be more appropriate.