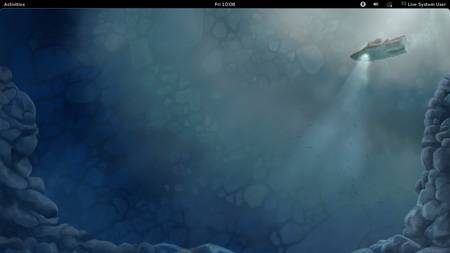 Ubuntu Linux gets a lot of attention as one of the most popular Linux distributions. Heck, I wrote an article today just to let you know that the code-name for the next version has been selected. But a fair number of long-time Ubuntu users have been turned off recently by the developers’ decision to switch from the classic GNOME desktop environment to the new Unity interface.

But if you want to see what’s up with GNOME without figuring out how to install it in Ubuntu yourself, you can check out a couple of other popular Linux distros. Fedora 16 beta and OpenSUSE 12.1 beta are both now available, and both ship with the GNOME 3.2 desktop environment.

GNOME 3.0 received a number of complaints and the developers have spent a lot of time squashing bugs and making changes. Among other changes, version 3.0 makes it easier to resize windows, additional settings options, and smaller titlebars which make the operating system work better on devices with low resolution displays.

GNOME 3.2 also includes support for connecting to your online accounts to store documents, contacts, and other data in the cloud, and the ability to run some web apps as if they were native apps.

via The Register and Linux For Devices