The developers of the Kubuntu operating system have been selling a line of Linux laptops under the Kubuntu Focus brand for the past few years.

Now the team is branching out into desktops. The Kubuntu Focus NX is a compact computer with a 28-watt, 11th-gen Intel Core processor and support for up to 64GB of RAM. It ships with Kubuntu 22.04 LTS pre-installed. 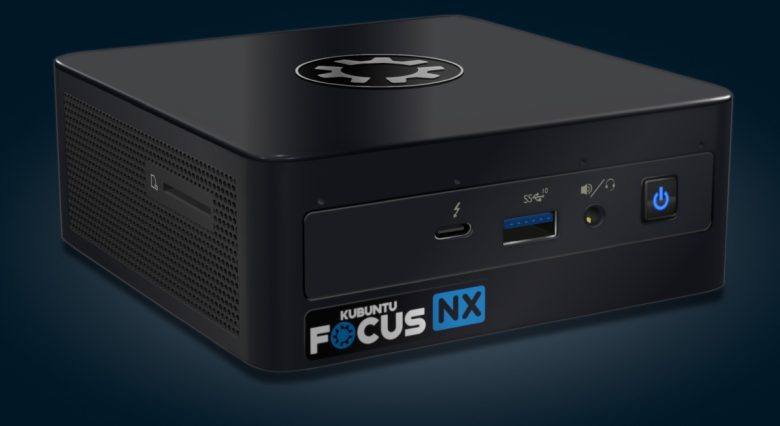 That’s a GNU/Linux distribution that combines an Ubuntu base operating system with the KDE Plasma user interface and suite of apps.

There’s also an array of four built-in microphones with support for far-field voice detection, allowing you to use voice assistant or dictation software or make audio calls or voice recordings without plugging in a webcam.

The computer also comes with an Intel AX201 wireless card with support for WiFi 6 and Bluetooth 5.2.