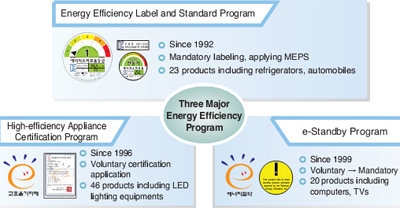 Korea is setting a new standard for energy consumption by computers. In order to earn the country’s “e-Standby” label, a laptop has to use 1W of electricity or less wall in standby mode. That figure is 2W or less for desktop PCs.

This makes Korea the first country to implement a regulation related to standby power. Of course, the program isn’t mandatory. Computer makers that don’t want the label can still pump out machines that don’t meet the requirement. But low energy computers are appealing both because they help consumers save money on their electric bill, and you know, because they take a smaller toll on the environment. Hopefully we’ll see other governments implement similar measures in the future.

While I don’t have exact specs for the idle power consumption of every netbook, I’m going to go out on a limb and assume that it’s going to be easier for low power computers like netbooks that often have processors that run at 8W or less at full power, to meet this specification than some other machines.