The Raspberry Pi is a small, inexpensive single-board computer that may have been designed for educators, students, and makers… but which has also proven popular among folks looking for a small, quiet computer that can be plugged into a TV.

You’ve been able to install software like the Kodi media center app for ages… and now you can give the tiny PC an official Kodi-themed case to boot. The Kodi team is selling the Raspberry Pi case for $20 (or £16).

In other Kodi news, version 17 of the app is on the way, with an initial Alpha version set to launch next week. But you can already download nightly builds of Kodi 17. 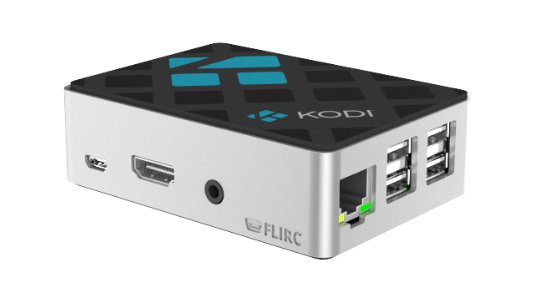 The Kodi Edition Raspberry Pi case is a limited-edition enclosure for the Raspberry Pi featuring the Kodi logo on top, cut-outs for all of the Raspberry Pi’s ports, and an aluminum core that offers protection for the computer and which also acts as a passive heat sink.

As for Kodi 17, it has a new code-name (Krypton), a new default skin, and a big “surprise” feature that the team has apparently been working on for a while. But while Kodi continues to be a cross-platform app that runs on Linux, Windows, iOS, and other platforms, the future of the Android version remains in question. The team is still looking for developers to help improve the Android version of Kodi.