Kodi can turn your PC, phone, or other device into a media center. The cross-platform media application provides a full-screen, TV-friendly user interface for accessing music, movies, and videos and now that Kodi supports phones and tablets as well as PCs and laptops, there’s also an optional for touchscreen-friendly user interface.

In fact, when development of Kodi 17 “Krypton” kicked off nearly a year ago, one of the key new features was introduction of new default skins for big screens and smaller touchscreen devices.

Now Kodi 17 is ready to go. You can find download links for the latest versions for Windows, Linux, Mac, Android, or other platforms at the Kodi website. 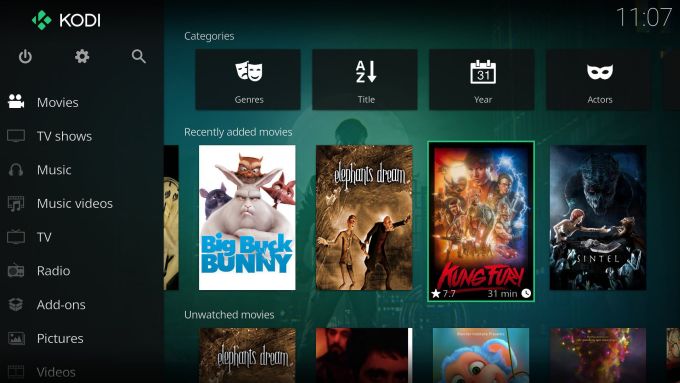 The new user interface is one of the first things you’ll notice, but if you prefer the old look you can still use the “Confluence” skin for a more classic look. The new skins, by the way, are called Estuary and Estouchy (I’ll let you guess which one is for touchscreens).

Other updates in Kodi 17 include:

Kodi 17 is also dropping support for Android 4.4 and earlier.

Want to stay on the bleeding edge? Kodi 17 may now be considered stable enough for a full release, but nightly builds of the next version are already available. Just scroll a bit further down the Kodi downloads page to find links for Kodi 18 “Leia.”