The popular cross-platform, open source media center application formerly known as XBMC is about to enter a new phase. The first release candidate of Kodi 14 Helix is available for download. 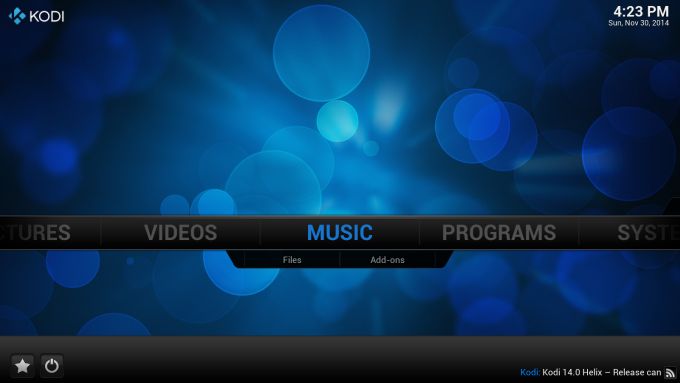 As a release candidate, this build has all the features that you’ll find in the final version of Kodi 14 but there may be some bugs to squash before it moves from release candidate to release.

The first thing long-time XBMC users will notice is the new name and logo: the team moved away from XBMC in order to have a name that would be easier to trademark. The move also means that users who are upgrading from an earlier build will have their library and add-ons migrated to Kodi, which can make reverting a bit tricky — so make sure you know what you’re doing before you upgrade.

Other new features are a bit more exciting including support for H.265/HEVC and VP9 codecs which should allow for video files that are half the size while offering the same quality as H.264 videos. Kodi uses FFmpeg software for decoding these files, so if you have a system with a slow processor, you may not be able to take full advantage of this feature.

The Kodi team says library scanning is also now faster, there’s better support for UPnP servers such as PlayOn and MediaBrowser, users can now prevent add-ons from automatically updating, there’s support for an adjustable on-screen keyboard, and there’s a new skin for XBMC on mobile devices.

The Android app nw supports hardware-decoding of 4K videos on devices with Amlogic S802 chips, and there’s support for Freescale i.MX6 processors as well. Other changes include improved support for AirPlay andsupport for ATSC sub-channels for American users of Kodi’s PVR features.

You can download the latest release candidate of Kodi 14 for Windows, Linux, OS X, Android, and other platforms from the Kodi website. Or you can still get the latest stable build, which is currently XBMC 13.2 Gotham.